Wanikani was something that I wanted to start since I was 13 or 14. I knew I was interested in Japan from around then and while I wasn’t quite sure on careers yet, I had a feeling it’d stick with me. But this isn’t exactly a happy story of me being able to go after what I wanted from a young age.

I was raised Mormon. I could tell there was something wrong with it growing up, but with the way my parents always watched our computer history, phone tabs, used tracking apps… Let’s just say I didn’t quite get the childhood I would’ve liked. I would have been OVERJOYED to have started Wanikani as a teenager. But life doesn’t always turn out the way we hope it will. In fact, I’m enough of an idiot that even when I did manage to sneakily buy a $250 prepaid card under my parents’ noses, I stupidly spent it on another language aid that didn’t do shit for me when I could’ve just waited for Christmas to roll around and used it on a Wanikani lifetime sub. Sigh.

While it took awhile for my parents to accept my resignation from the cult once I finally was old enough to do so, freeing myself from it opened a door that I hadn’t had before: I could actually set my sights on Japanese. As much as they’d like to try to gaslight me about it, my parents created an environment where un-“American” things were shunned, likely because Mormonism itself likes to hitch onto America whenever it can. Whenever I thought about pursuing Japanese before, I knew I’d be ridiculed and shunned, even disowned by them, and unshackling myself from the cult finally gave me the opportunity to chase what I’d wanted to for so long.

I do wish I’d tried shit earlier. Even if I didn’t do all this at 13/14, going to a community college that actually had Japanese classes would’ve made a nice difference for me and I could’ve already graduated by now. But I am getting an opportunity to study abroad in Japan from waiting this long, one that probably would’ve had the door slammed on it if everything happened a couple years earlier (thanks Covid). As much as I dread the wasted time, maybe it was meant to be.

This summer is the first I’ve had off school since 2020. I’ve been enrolled in classes since then, doing an intensive second-year course crammed into one summer last year and finishing my third this past spring. School and work may have made me slack a little (a lot) on vocab sometimes, and I’ve formed a bit of a mountain, but the past couple weeks I’ve been kicking its ass and setting a great pace. I hope to put all these lessons into the review queue by the time I finish level 60 and burn everything into my brain from there. With as much time as I “wasted” in shit environments that weren’t conducive to studying and where I was just trying to survive, I’m glad I was able to attack Wanikani this hard once I did finally get the chance, and completed it in a year. I’ll attach my chart below.

Through all the ups and downs, thank you all for being there! I’m not an active forum user at all, but I lurked from time to time and enjoyed what I saw in here and the help/insight I was able to receive. Thank you!

Now if you’ll excuse me, I have some lessons to attend to.

Wow, thank you very much for sharing this! I am really happy for you that you managed to free yourself from the environment you were born into. I’m sure you will have a blast in Japan!

While it took awhile for my parents to accept my resignation from the cult once I finally was old enough to do so, freeing myself from it opened a door that I hadn’t had before: I could actually set my sights on Japanese.

Congratulations!
I’m not mormon and most of my “knowledge” about The Church of Jesus Christ of Latter-day Saints comes from the musical “The Book of Mormon” (I never laughed so much in my life…) but now seriously: I started studying Classical Japanese recently and one of the resources I found was compiled by a scholar at Brigham Young University Jack Stoneman which is one of the few universities in the US and Canada that has courses in Classical Japanese, https://www.aatj.org/sig-classical-japanese . It seems that BYU (which 98 % of students are estimated to be mormons) has a terrific Japanese program. LDS has temples in Tokyo, Sapporo, Fukuoka, and Okinawa and it sends missionaries to Japan There's much more to Mormonism than this | The Japan Times So, I’m having a hard time trying to understand how being a mormon would preclude/hinder someone from studying Japanese. It seems that there are more opportunities for learning Japanese on that side of the fence…

That is some crazy consistency. You’re going places, gj.

Thanks for sharing your story and well done on making it to 60 despite the difficult circumstances. Good luck with the rest of your Japanese journey! 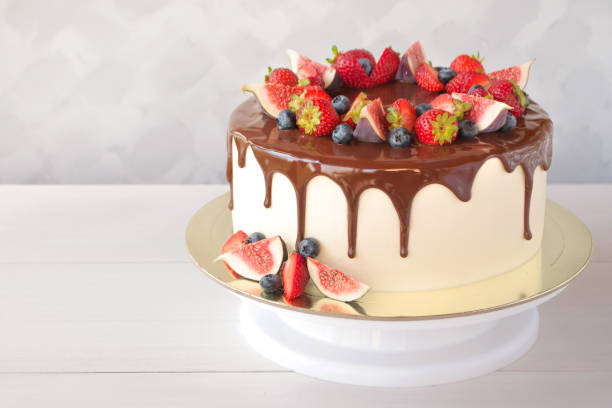 Your level up time is impressive! Congrats to you man

Also really great you could avoid the burn out that many befalls, amazing consistency

Within every religion is a set of people whose beliefs are more radical than others so I’m guessing OPs parents/family falls under this umbrella sadly.

Congratulations ! How did you do 3 days only on all the latter levels ?

They are half levels, you don’t need to guru the radicals to unlock the last few kanji to make you pass the level.

Ah alright, thanks for the info.
I shudder at the thought of what their review pile looks like when levels can be chained that fast : 300-400 items per day to review, every single day ?

Out of curiosity, what have you planned for your Japanese studies in the future?
Have you used any other resources outside WK? I assume with the speed you were going with you had a lot of lessons and reviews daily, so did that take up most of your studying?

You’re goated bro, having an extremely strong will to get out of that environment and chase your ambitions is not something to make light of. Congrats for reaching level 60 and I hope everything goes well for u in the future!

Big congratulations on both your achievements in life and in WaniKani!

Outside of classes I started using Nativshark after a while. At first you could only do one unit a day so the progress was pretty slow, but they recently removed the cap, so I’ve been getting things ready to where I can dive back into it. It’s been a pretty good balance of grammar to WK’s kanji. Kinda pricey, the lifetime sub price is ridiculous, but the annual sub price isn’t so bad.

Generally, I want to focus on grammar extremely hard now and just get myself talking. I think my reading is decently far ahead of my speaking, so I’m hoping study abroad gets me in the habit of talking more and helps catch it up. Basically want to absorb as much input as possible now because I haven’t watched/read much of anything compared to a lot of other people. Eventually wanna attack the JLPT so I’ll prob get books for that soon too.

A lot of mormon young men culture is about going on a mission, and that’s why their language learning resources are so robust. I wanted to get the fuck out of there at 18 so that immediately put going to BYU out the window, unless I wanted to reinsert myself into that hellhole of a culture. BYU’s Japanese programs are crazy good from what I’ve heard too, but I’m just not willing to re-subject myself to all that. I guess it depends on family to an extent, but that American exceptionalism kinda view is something I feel like pervades all of Mormonism, and I got a bad draw w a family that took it really seriously.