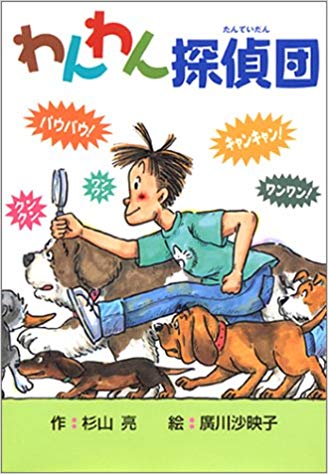 Editing Guide When to add an entry If you are reasonably confident of the word itself and the appropriate translation for the context, go for it! Please don't add words if you are unsure; this can cause a lot of confusion for other readers. Try...

This is the final part of the “case” section for Story One!

We now - in theory - have all the clues needed to solve the case ourselves. In the next section we’ll be taken through the resolution of the case.

I’m asking everyone to put their theory behind a details tag, and then people can post their own theory before reading others’ (and agreeing or disagreeing!).

I haven’t really looked myself yet, but from my experience with Kitty Detectives I would recommend studying the pictures as well as the words

I did not start reading pages yet.

You don’t have a come up with a theory before you’ve finished reading!

I’m finding these few pages a lot easier, probably since I kind of know what’s happening and the vocab is familiar.

Ive only got to page 33 but this is my (part) theory for the solution:

Okay, I just went through the pages myself.

First, some thoughts from page 29 - he doesn’t half teach some complex manouvres, does he?! Not that it’s particularly difficult to teach a dog to fetch a golf ball, but between that and the pomeranian which learnt to do handstands I’m wondering if we’ll ever come across a dog he just gave some basic obedience training to

@Cathm2 - that’s good to hear - I think it’s very much the case that as you progress through each story the comprehension becomes a bit smoother, because you build up that context and specific vocabulary.

After saying I was understanding most of this, I got stuck on the following construction:

I’m not sure if it’s another variant of the “not there/ not-being” of the goldfish?

I’m not sure if it’s another variant of the “not there/ not-being” of the goldfish?

so, from the left:

いなく - this is the verb いる, “to be”, negated to いない, and then the い swapped out for a く to combine it with…

しまった - this is しまう, “to do completely; to do regretfully”, in the past tense

The latter is probably “to do completely” in this context, although it’s also regretful that the goldfish disappeared

So altogether we have “the goldish completely disappeared”.

I agree with your theory, that is what came to my mind as I was reading.

It seems like a bit of a stretch but it is a children’s book so, happy endings and all…

It is fun to see that after 123 posts to the first chapter - most about vocab/grammar - the attention now switched to solving the puzzle as we are now down from 40 to 13 readers. I am, personally, still struggling to recognise kanjies written in hiragana. Also trying to understand if my unfinished N4 Bunpro level is holding me back or not.

I know what you mean about the kanji. I think this book is quite a nice balance though between lots of kanji, and a wall of kana.

I figure in real life people don’t speak in kanji, so you need to be able to recognise the words without them. In fact my anki vocab deck is specifically set up to show me kana rather thank kanji.

My main listening practice comes from japanesepod101 lessons and watching Terrace House on Netflix. It’s always frustrating when I don’t recognise a word spoken, and then realised its a word I’ve learned in kanji from Wanikani.

Your point about grammar is a good one. The more familiar you are with Japanese grammar, the easier it is to parse the sentences, even where you don’t know the vocab.

I’ve only just started making progress again with N4 Bunpro after a break, and definitely finding points I’m learning have been cropping up in the book.

I am, personally, still struggling to recognise kanjies written in hiragana.

It does make it really hard - though it’s kind of encouraging to realise that you want kanji in the text, right? It’s good practice for parsing sentences, but definitely frustrating as a beginner. That’s the thing though - there’s really no holy grail of native material which is both simple and has enough kanji (or at least, not that I’ve found).

And yes, it’s always encouraging to see people need to ask fewer questions as they get comfortable. I’m surprised we haven’t had more questions though

as per my Week 2 guess

I’m fascinated so far to read everybody’s different theories on where the goldfish ended up and how - it’s always interesting when we don’t actually have consensus. Now, will it be that the book simply didn’t give us the information we really needed, or is it a genuinely puzzling one?

I’m alive and yet again came in search of help^^“”"

The natural translation in English is something like: After pulling away Bobo, who was still playing with Tobutobu, myself and the detective together returned to Kaneyama’s house.

Claerwen had a question about page 29 that they initially thought was page 28, so it got posted in last week’s discussion thread - just cross-posting it here in case any future readers are looking for help on the same sentence:

Hi all, I don’t know if anyone is still reading this but I’m trying to catch up and I’m a bit stuck on page 28. The bit in the middle has me stumped - おしえたのた Yamagatasan picked up the golf ball - then what? It seems like a form of おしえる but I can’t seem to make sense of it.

Ah, you have a slight typo (not sure if that’s contributed to the confusion) - it’s のだ. Whole thing: 山形さんが打ったゴルフのボールをひろってくるように、おしえたのだ。 It’s referring back to the previous sentence and explaining what it was that . Yamagata-san doesn’t pick up the ball

it starts off with a relative clause describing the golf ball(s) - the object of the sentence is “”. You’re right that it’s おしえる - it’s in the past tense. The の turns it into a noun, and then we have the copula だ. “” Does that mak…

Wooop woop ! made it to the end of first case. Onto the solution! I was thinking the dachsund went to get the golfball and saw the fish and ate em first… then I remembered it is a kids book so idk where the dang fish is. I am pretty sure though the golf ball broke the bowl and the dog got it at least. Explaining why no fingerprints or scents. Well, Ill soon find out, thanks again everyone. I hope to finish the other case by this weekend so I will be all caught up for when yall start the third case!