Do I need writing practice for radicals when studying 1st time

I have downloaded Quizlet app and started studying radicals from andreiblue radical collection,I have a few questions in mind.

My question here is why they are differentiating radical symbol and kanjis which are having same symbols with different meanings ?

Can someone please explain ?

Long answer:
I don’t know the andreiblue radical collection. However, the radicals in Remembering the Kanji (and Wanikani) are not the same as the “official” radicals used in kanji dictionaries. Some DO match these “official” meanings, but others are given arbitrary definitions in order to make them more memorable. Still others do not exist as “official” radicals, but are considered radicals within RTK and WK because they show up so often in kanji. Similarly, Quizlet and andreiblue likely have their own arbitrary definitions, though I haven’t used those resources.

I don’t study writing at all, unless you count weekly 書道 lessons. I think many people who use resources like Wanikani are similar–if you know a kanji’s reading, then you can write the kanji using a computer or phone, so handwriting is unnecessary in today’s electronic world. The time you would spend practicing writing could be spent learning new kanji or doing other studies instead.

Of course, if you’re someone who just enjoys physical writing, have at it, that’s cool, too.

Also, RTK’s author is James Heisig, not Heisenburg! Heisenburg is a scientist, and Walt from Breaking Bad uses his name as a pseudonym. I think this is a great mix up though, and now I’m imagining a bald Heisig with a top hat cooking up contraband kanji

@iruka111 I’m not a fan of writing , thanks for your clarification .

Most places that use radicals for mnemonics are using a loose definition of radical that basically means the same as “kanji parts”. There’s no official way to break kanji into parts, so when you do, you can do it in different ways if you want.

Great answer but I couldn’t disagree more about not writing. Digital connections with words and meanings are different when not acted out. I’ll cite some of the studies being done if you like when I get over this flu. I have friends that teach Japanese - and English - to students and they have been informed to keep having kids write by hand. Supposedly the next iteration of kaniwani and maybe wanikani (?) will have stroke order?

Digital connections with words and meanings are different when not acted out.

I’m actually the type who enjoys physical writing, so I’ve often considered practicing it. I’d be really happy if you elaborated on what you mean about digital connections. Do you mean that there is a fundamental difference in the mental representation of a kanji depending on whether it was studied via handwriting versus a digital review system like Wanikani or Anki?

If that is what you mean, I definitely agree. My brain lacks detailed knowledge of most kanji–I can recognize and distinguish them easily, but there are very few I could write or even describe accurately.

And that is unfortunate, I agree, but it’s enough for me–I can read novels, signs, instructions etc. and write emails and texts, and that’s all I really need. For me, handwriting doesn’t serve much purpose. Would it be nice? Yes, and eventually (after finishing wanikani) I may go back and practice writing, but for now I’d rather spend the time studying something else.

I am really interested in the studies you’re talking about, however. And if there is something I don’t understand, I want to know! Thanks~~~

Some knowledge helps, but you shouldn’t expect too much. All “radicals” were invented after the kanji themselves were defined, so they are not an absolute construction rule where you are sure to know something about a kanji you haven’t seen before.

I’m interested myself in the history of kanji, but most things of what the kanji nowadays are considered to show are not really helpful to remember the reading or the meaning, just because people a few thousand years ago thought differently.

For example this 前 level six kanji given as front, before in WK, and seems to show a foot, a boat and a knife historically (only the knife still looks as you would expect). How would it help to know that the knife 刂 is the radical here?

Look at this site that collects historical versions of that kanji:

I feel similarly, I can visually distinguish many kanji when I see them, but I wouldn’t be able to write them or even tell you what they’re made of. Your example 前 is pretty good. I recognize it instantly, but if I hadn’t seen it in the last 10 seconds, I don’t think I could write it.

I feel I might know the shapes a lot better if I did some writing practice.

Thank you guys I got the picture from you answer thanks for the clarification.

Sorry and this might seem shocking but I really have no idea how to use a script. I just tried to download TangoRisto and it just ain’t happening. I don’t see any download button. Shouldn’t matter if I’m using Safari should it? And like, where does a script go if I am able to download it?

I am still collecting papers and stuff for me. As said I am in recovery from an influenza variant - I think I may have created - but which by all accounts is genomically covered in this season’s flu vax so get one. I do science. My brilliant colleagues do scripts and programs and algorithms and digital genetic sequencing and I am at least twice their ages.

Anyway check out what the US Navy did in response to slamming a Japanese ship (and others) a few months ago. Back to pencils and compasses and paper. Because of the digital/manual disconnect we are seeing pop up in weird areas of human performance and behavior.

If you are into that - I am - check out Eve Kushner’s Joyokanji.com and her new Patreon thing. Wow! It’s a semiotician’s dream! 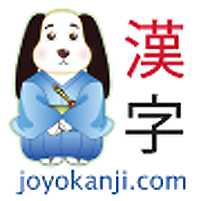 I don’t know whether there is a way to use userscripts on Safari or not, but the Visual Guide on How To Install A Userscript does not include instructions for Safari, only Firefox and Chrome. If there are userscripts for Safari, there probably aren’t very many of them. I would just use Chrome or Firefox, then read the above guide, that method makes it really easy!

I don’t know what TangoRisto is. I use Tampermonkey for userscripts, which is the Chrome version. Once you install Tampermonkey or Greasemonkey, an icon will appear to the right of the search bar, right next to Adblock or any other add-ons you may have installed. Then you can just click that icon to see what scripts are running or access your dashboard.

I hope you feel better soon!

I don’t know whether there is a way to use userscripts on Safari or not, but the Visual Guide on How To Install A Userscript does not include instructions for Safari, only Firefox and Chrome. If there are userscripts for Safari, there probably aren’t very many of them.

The scripts just change the webpage itself, they are not “platform-specific”. There is a Tampermonkey for Safari, so all scripts should work fine.