喫煙する人が一人もいません - it reads really fast so I had to listen a few times, but thanks to it I didn’t have to guess which reading it was.
Fun.

Have you tried Azure neural text-to-speech? 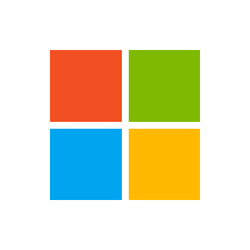 Deepl just says “Chinese Letter” over and over in an incredibly robotic voice for me… is there a secret?

The Azure one is really good though

I chose translate from Japanese

My Deepl doesn’t seem to have a voice function at all for Japanese. Is that a paid feature?

At any rate, I just use Google Translate or Ichi.moe if I’m unsure of the reading.

I have a free version

Strange, even your results are a bit different

I missed the n at the end. It was fun. I was taking away letters from the end, one by one, and then I took away some middle letters - the meaning changed but the translator always gave a result

Huh. I’ve never noticed that “read it” button before, and I’ve definitely looked for it…

DeepL’s strength and weakness is that it always tries to output something sensible in the target language. This makes it useful for translating content produced by a native speaker where you can assume that the grammar is reasonably correct. It will produce idiomatically acceptable English rather than a stilted, literal translation.

It also makes it a very bad tool for checking whether or not you’ve gotten your own grammar right because you can write some seriously janky, broken Japanese and it will still output a coherent English sentence rather than an English sentence that is equivalently janky to your Japanese input.