Can anyone help me recognize these characters and translate them in English? Thank you

The top kanji looks like 霧 if I squint hard enough.

I hate kanji so much…

As far as I know, this unreadable writing comes with the restaurant culture. You don’t need a good name if nobody will be able to read it

This is a Sake brand name, it seems: 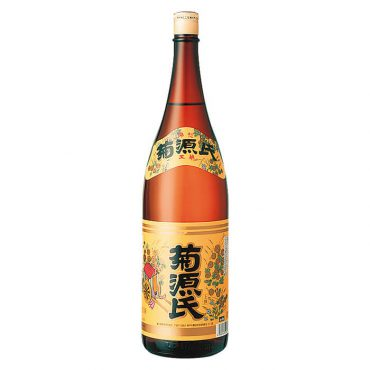 霧島 is a town, as @Gorbit99 pointed out (in Kagoshima prefecture).

You mean you haven’t yet found the Izakaya, that’s literally “Town name - Izakaya”? Wonder why.

Anyways, I’ve found this: https://twitter.com/suika_gifu
I doubt that it would be the same place though 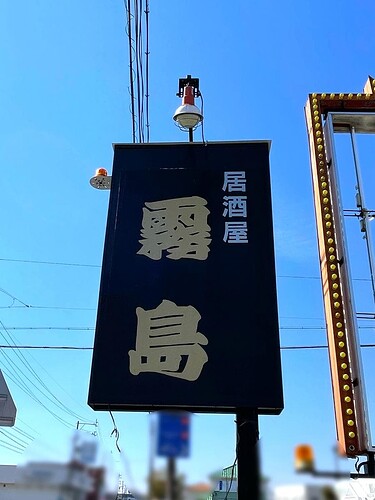 There’s also this picture, that’s very reminiscent of the original, but without the bottom part

Thank you all for your effort guys, you’re great.
For context, that sign was found in Yaizu, Shizuoka

Even they thought they needed to change it… 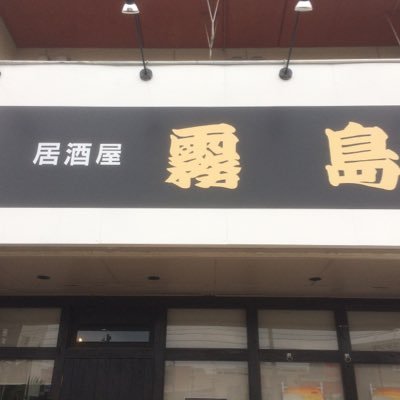 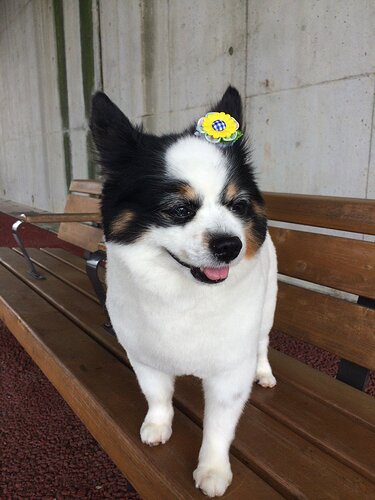 Ah neat, that’s pretty close to what I’ve found, only a mere 100+kms, probably not in 霧島 anymore, fun.

Edit, very much not in 霧島, that is eeeven further away.

You mean you haven’t yet found the Izakaya, that’s literally “Town name - Izakaya”? Wonder why.

Haha do you expect the average Japanese Izakaya owner to be a fanciful inventor of crazy names? You bet.

Here are even two Izakaya called 霧島 that are in 霧島市：

And here is one that is in Gifu.

And here is one that is in Gifu.

I’m not sure if I’m allowed to share the full address, tell me if I’m breaking any rules here but there shouldn’t be any problem, it was found in
1-chōme-12 Daieichō, Yaizu, Shizuoka 425-0081
This place is called “Ryoshi”. That sign has now been removed, but is found in older Google Maps street views from 2017 and 2012 near a common house that didn’t look like a pub or drinking place at all

So, uh, why would there be this sign with a sake brand name and a far town name on it near this common house is the question lol

It might just be an izakaya. Where I live there’s certainly a concept of backyard pubs. I wouldn’t be surprised if the bottom part of the house is the restaurant, and the top is hwere the family is living, that’s pretty common actually. And Kirishima is probably just a name the owner chose because why not.

Thank you. I guess that settles the question. As far as you know, are izayaka like this properly marked with a specific category on Google Maps? This one is called “Ryoshi” on Maps with no category, weird if Kirishima is the name the owner chose

This one is called “Ryoshi” on Maps with no category, weird if Kirishima is the name the owner chose

I’d say Kirishima has gone out of business or otherwise changed names. This Street View photo is from 2012. The 2022 edition lacks the sign (though the post is still there).