Honestly, even if you review a lot, there’s just a lot of basic vocab, and it doesn’t always translate from SRS to real stuff (e.g. I often read a word, look it up, and then go… oh… I learned that 3 levels ago on WK - oops) - it takes your brain a bit to translate it out to the real world.

Stuff that is really basic for native speakers we sometimes skip over as older learners (example - animal names - not really that important to know zoo animals most of the time as an adult language learner, but if you go to consume native stuff that is simpler - which is often aimed at younger audiences - there are probably a bunch of animal names that you’re going to end up looking up that otherwise wouldn’t really be priorities). I also find that things that seem basic - like helper verbs (in English, it would be things like ‘do’, ‘would’, ‘can’) are deceptively difficult because they’re so general that they have a lot of meanings and you have to develop a ‘feeling’ for what they mean and how they’re used because they don’t map easily over to English the way a noun like ‘house’ or ‘carrot’ do.

We all look up a lot, especially when first starting reading, and especially when first starting a new series of books. Keep reading and it gets better. I am at a similar WK level - recently finished my first book, have just been trying to read a lot - choosing some things others have read helped initially so that I could reference previous discussions. Now I’m at ‘choose a long manga series and keep reading it’ - lots of vocab and structures get repeated - only looked up 38 different words on my most recent chapter (ch 22, for reference) - between ch’s 10 and 20 I typically looked up 50-70 words - I have no record from before that, but suspect that I was looking up 80+ words/chapter (i.e. most of them). I am still confused often, and some chapters are harder than others, but working with context helps a lot.

I just noticed -
Haikyuu!! isn’t marked as having an offshot club but I’m quite sure I saw them being on 3rd volume right now. I don’t want to change it myself as I’m not participating and maybe I don’t know some details

EDIT: Same with Fruits Basket…? Although as far as I can see here they continued but didn’t finish it, and there isn’t even such option to pick in the main post

Haikyuu!! isn’t marked as having an offshot club but I’m quite sure I saw them being on 3rd volume right now. I don’t want to change it myself as I’m not participating and maybe I don’t know some details

yeah! We’re just at the end of vol 3. @rainysunday has been setting up threads etc

Thank you! I’m quite bad at keeping track of these things

+++ looks stangely depressing, like graveyard crosses, but also fitting for a hiatus indicator. I know I’m reading to much into this but that was my first thought.

And I added the proper indicator to Haikyuu!! then

+++ looks stangely depressing, like graveyard crosses, but also fitting for a hiatus indicator. I know I’m reading to much into this but that was my first thought.

No you don’t, that’s why I picked it in the first place

But maybe it can also mean “let’s read more+++”

The thread title is not updated yet. I tried updating it myself but I don’t seem to be able to do that.

Thanks for the pointer! I took the liberty to update the title (if anybody would prefer a different text, please speak up! I did not include the next book on purpose as the titles are both really long…).

I don’t seem to be able to do that.

You need to be a Regular in order to be able to update thread titles.

You need to be a Regular in order to be able to update thread titles.

Is this part not editable by non-Regulars?

Maybe I should ask someone who isn’t a Regular

Is this part not editable by non-Regulars?

Nah, this is one of the Regular superpowers

Hey I just want to let everyone know that the Murata Book Club is starting our next pick next week. For those who aren’t aware, Sayaka Murata is the author of the immensely popular コンビニ人間 (Convenience Store Woman), which you’ve likely heard of here on the forums or elsewhere. Murata’s uniquely direct, no-frills style makes her an excellent author for learners who are starting to read novels or who are looking to transition from a BBC to IBC pace. I really hope to see some folks from the BBC come give it a go! And as always the people reading along are immensely helpful.

If you want to join but aren’t sure whether you could get your copy on time, feel free to vote in the start-date poll if you’d prefer to delay an extra week.

Just a quick heads-up and reminder that we are starting our next pick on Saturday:

The book consists of a lot of short children’s stories (of which we will read a select handful). We’ll start off with a very short story (5 pages only) and slowly increase our stamina by moving to longer stories (up to ~10 pages per week). If you have never tried to read a non-manga book, maybe this is your chance! You can even try it out without any financial investment as all the stories are available for free on Aozora as well. I’m looking forward to seeing you in the club

Hey, guys. It’s been a long time since I’ve been active here. I’ll be joining you all in reading Ogawa Mimei’s stories starting tomorrow so I wanted to say “hi”. It’s my first book club so I’m a bit nervous whether I’ll be able to keep up. I’ll do my best though. I’m looking forward to reading together with you all!

Is there a discord server for the book club?

The Discord server is only for book clubs that do weekly read aloud sessions. General book club discussion occurs here on the forums.

Mmm I’ve read your post but didn’t see in the list a mention of a Discord server for any of them.

Do you happen to know of a club that has a discord server for read aloud sessions?
or even a link?

I didn’t include the link on there originally because WaniKani discouraged sharing links to outside platforms. They’ve relaxed that rule, so I probably should add a link to the master list at this point.

I don’t have a link on hand right now, but I’ll get one for you later if no one else does.

No outside links rule is abit…

Yeah, I didn’t mean outside links in general, but rather outside chat platforms. There was an incident once related to private messages on these forums, so they disabled the private messaging feature. But they didn’t want people to just post all their Discord usernames and servers and simply shift the problem to another platform, so they discouraged that (to an extent) as well. But I think they realized they were being overly strict, which is why they’re more accepting of these outside discussions on Discord now. 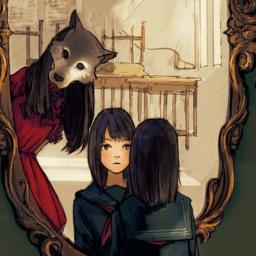 Check out the Japanese Book Club community on Discord - hang out with 669 other members and enjoy free voice and text chat.

I don’t know what level you’re aiming for, but it seems like the current book clubs actively reading aloud include:

But keep in mind that all of the ongoing ones are in the middle of their respective series, so it could be difficult to jump in. But if that doesn’t bother you, go for it!