I think it’s also noteworthy that it’s almost entirely in yonkoma format, so each page is almost like a self-contained little story, making it easy to put down and pick up again

I added yonkoma as a pro

Well, ish. Past book clubs have also discovered that yonkoma makes for a much more solid read than standard free-form manga. It’s not difficult, per se, but it can be time-consuming, and it can be weirdly tiring.

New here also, but I think that being in a ‘club’ helps facing the challenge. Since it was already done there is already a vocab list in the dedicated topic (Join Us! デスノート ・ Death Note (Beginner Book Club) // Currently: Volume 4).
As I said I tried years ago and the first pages were intimating because of death world related vocab, you immediately have to check a dictionary, but with the resources and joint effort of everyone I hope it should be fine.
Also as stated it is ‘beginner’ in reading native japanese so in fact preping for N3 (my case, still not so far from N4) or having it seems to be right. ‘Beginner’ of an intermediate stage of learning and practicing we might say!

I see. Well, sign me up. I’m willing to give it a try. Just ran to the bookstore and ordered a copy of the first volume.

Happy reading! I’ve got no space and I’m bad at making myself read digitally, so I’m sitting this one out.

I’m willing to give it a try.

Here’s something I wrote for first-time readers in the current ABBC. I think it also applies when one goes from one stage of reading to another (such as ABBC to BBC, or manga or novel, or reading to listening):

Even if you find you struggle to follow along, so long as you ask questions on things you’re not certain about, and read the weekly discussion threads (even if it’s about grammar you feel you already know, as you may discover aspects you didn’t), you will over time have the following results:

Keep in mind, I’ve written this not knowing your background with Japanese, and the kind of material you are able to read comfortably.

Kurosawa Hanabi wants to restart a new life in middle school. However, she failed all her middle school entrance exams and so she’s once again stuck at another local public school. And so her life continues the same way as before: With the same relationships, not attending any clubs and fighting with her parents. Argh, this every day life sucks! So she runs away from home and helps her aunt run a small café. There she gets to know a strange boy… And thus a story begins about friendship and love and a girl who tries to find a place where she belongs.

(Summary is a very rough summary/kind of translation of the amazon jp summary… I’m sorry, I botched this Q_Q It really didn’t sound that bad to me, but kinda cute. If someone else provides a summary I can edit it in)

From the amazon comments and description to me it sounds like the story of a middle schooler who tries to find her place and explore what is special in her sometimes not so special every day life.

I was looking for easy to get started books and stumbled upon this. It seems to be one of the more popular series of Aotori Bunko (->publisher aiming at late elementary to middle schoolers) (newest volume (11) is currently listed as their #2 on Amazon), the reviews seem fairly good and most adults seem to describe it as a heart warming story as well. And language wise it’s listed as one of the easiest books at learnnatively. I personally also like that there are more books in the series, should I get hooked (more reading material!). It seems to be based in the normal world, so I don’t expect any wild vocabulary that we sometimes find in other books (e.g. in books with a magic setting).
I read another book from the publisher before and they generally use kanji but add furigana. I find that this is easier to parse than a lot of non-kanji books (no hiragana-hell!).
I’m currently considering getting this even if no one else wants it

I’ve gotten a bit of a head start, and found that I can understand enough of the grammar to have a sense of what’s happening. Lots of unknown vocab, but that’s what the chart is for. I MIGHT have just passed N4 (not holding my breath lol), and the grammar isn’t impenetrable. I’m also not going for 100% comprehension.

I think she’s 中1 now, so middle school? Or junior high or whatever you want to call it (there is no such thing where I live, so I thought middle school is fine?). I’ll fix the other thing, thank you <3

My bad! I thought there were only high school entrance exams, but apparently there are middle school ones too. That seems like ridiculous stress to give elementary school students… I also thought middle school was compulsory for children. A lot of the later volumes show the main character in a school uniform, so I guess she’s still going or not dropped out completely?

I think she tried to get into a better school, but that didn’t work out. And yeah, I think she is still going to school. I don’t think she’s super rebellious, but more in a light hearted way a bit fed up with her boring life

but I don’t fully know either

I just updated the difficulty and while the brand new nominations got a lot of feedback some older ones are still at <10 votes, it would be great if you guys could take a couple minutes to go through some of them. To make it as easy as possible I have compiled a list with the ones that need it the most:

I have one more nomination! 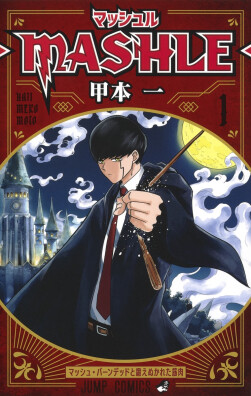 Set in a magic world, Mash Burnedead is a young man who was born without magic. In order to live a peaceful life with his adoptive grandfather, he needs to become a Divine Visionary, a title given to exceptional students from the Easton Magic Academy. Mash goes to the magic school, despite not having any magic, and must survive by only relying on his muscles. (Wikipedia)

I’ve heard tons of good things about this series - Harry Potter parody meets One-Punch Man! From the reviews I’ve read it’s not too story driven and more comedy focused, so it shouldn’t be a big deal if someone falls behind and decides to skip a chapter, which is why I think it’s suitable as a book club pick. The text density seems to be around the same as Hanako.

The Death Note book club has started! If you want to participate have a look at the week 1 discussion thread!

Pages 1-29 Chapter 1 - 退屈 Start Date: 21th January Next Week: Chapter 1 part 2 [frDGCemG5kX9EBY8IrbThQ__] Death Note Home Thread Vocabulary List Please read the editing guidelines in the first sheet before adding any words! Discussion Guidelines Please blur out major events in the current week’s pages, and any content from later in the book/series, like this: [spoiler]texthere[/spoiler] When asking for help, please mention the page number (or % for eBooks). To you lurkers…

To all the lovely regulars if you could be so kind to change the title to
[Looking for Nominations!] Beginner Japanese Book Club // Now Reading: Death Note

Haven’t nominated anything in a while but I’ve been thinking of re-reading this in JP and thought It’d be a nice fit for this club. 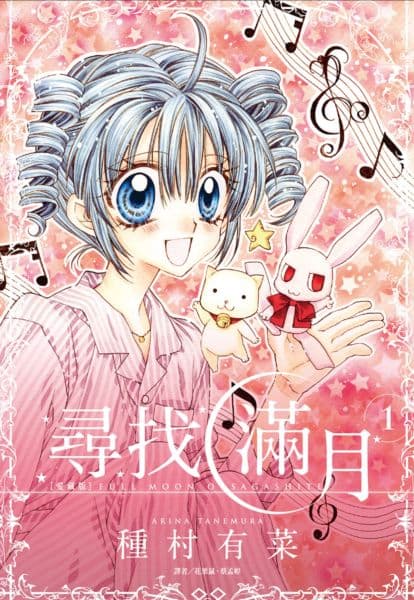 Twelve-year-old Mitsuki Koyama dreams of becoming a singer to reunite with her first love, Eichi Sakurai. However, she is afflicted with sarcoma (a cancerous tumor in her throat), which affects her ability to breathe well and sing loudly. Her tumor is curable only through a surgery that could damage her vocal cords. At the same time, her grandmother hates music and is completely opposed to Mitsuki’s wish to audition. Mitsuki’s dreams seem impossible to achieve, until one day she is visited by two shinigami, Takuto and Meroko, whom only she could see. Takuto and Meroko inadvertently tip Mitsuki off that she has only one year left to live.

I enjoyed this manga in my native language when I was little and considering the target audience and what I’ve glimpsed from the Japanese edition it should be on a good level for this club. Despite the somewhat tragic circumstances of the main character (see summary) it is a light-hearted and upbeat story with both funny and touching moments. Although it isn’t slice of life and has a plot as well as some fantasy elements, the vocabulary doesn’t stray far from the everyday and is very manageable. I personally love this author’s characteristic art style even though it might not be everyone’s cup of tea.

This manga has been on my list for a while. I really don’t like that old shoujo style art, but I’m otherwise really interested in reading it. So if it ever wins the poll I’ll definitely join in!

The full series is only 6 volumes in case someone wants to see the story to the end.

The digital version is 7 volumes. Did they consolidate it into 6 volumes in the reprint? I can only find 4 volumes for the reprint.

Welp it seems to be 7 everywhere, even in my old physical copy (just checked) so I probably just misremembered

. The reprint does seem to be only 4 so let me edit that…
And the art style… might grow on you after a while. Maybe.

I really don’t like that old shoujo style art,

The next-book-poll-anticipation is killing me! Although I would enjoy many of the proposed manga, I would also love it if one (or both!) of the proposed novels won this round!

Also, I noticed that the Night Cafe proposal link in the main post sends you to the wrong proposal. I tried to fix it, but in the end couldn’t figure out the right url, so just wanted to let someone know who does know how to do it! Thank you!