Home thread for Fruits Basket is up:

I’ve posted it early because of the difficulties most of us are facing right now sourcing things.

@z3aabi I don’t really know anything about that one, but if you think it would be good for the club you can submit a nomination

there’s a format you can copy and paste in the OP.

The famous “Seven Wonders” that every school seems to have are a staple of Japanese urban legends. One of the most well-known of these tales is that of Hanako-san: the ghost of a young girl who haunts the school’s bathrooms.

After a series of unfortunate events involving Nene’s romantic desires, she is unwillingly entangled in the world of the supernatural, becoming Hanako-kun’s assistant. Soon, she finds out about Hanako-kun’s lesser-known duty: maintaining the fragile balance between mortals and apparitions. 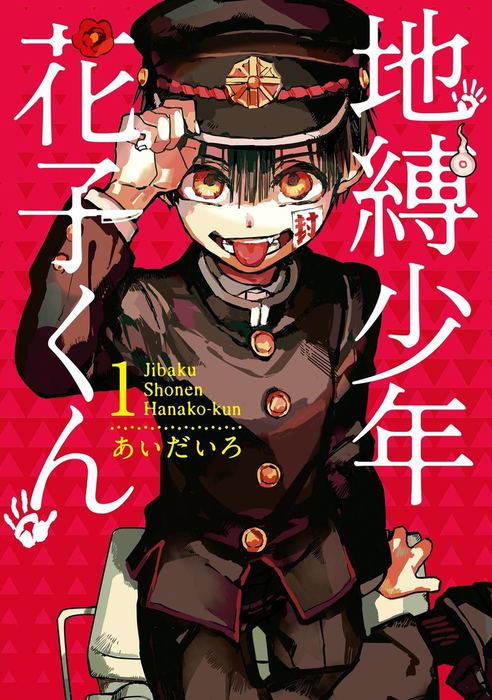 I first watched the anime when it was airing and really enjoyed. After it ended i thought i’d give the manga a go and realized that the official translation is still only on the 2nd volume, so i decided to read it in Japanese. I checked out the page samples on Amazon and found it refreshingly easy to follow so i bought all available volumes so far. On writing this I’ve read up to the 4th volume with on average 2 chapters a day.
Edit: I’ve completely caught up to the series currently at volume 13. I burned through all the volumes in under a month because of how much i enjoyed the story, characters, and art style. After finishing i can say that this is probably one of the saddest, happiest, and fun manga I’ve ever read. In terms of difficulty there are only a handful of vocab words that were unfamiliar to me but that showed up so often that by the end of the first volume they were no longer a problem. The grammar and dialogue were easy to follow and understand, there was only one place where i felt confused (in one of the later volumes) but i quickly figured that out by just going back a page and re-reading.
Personally i’m really enjoying it. There aren’t many unfamiliar kanji and almost all the unfamiliar vocabulary can be guessed at easily. The art style is really cute, and the story is surprisingly sad as well as uplifting at times.
Overall, this is actually my first time reading a manga in Japanese and enjoying it.

Gonna join in with yuru camp, maybe I can stay in the bookclub this go round.

I really like the anime and I also realy like the manga. I do believe that I saw a light novel of it once but I can’t seem to find anything on it online so maybe it’s just me.

I still hurt when i remember Mitsuba. That episode and the 4 O’clock library episode almost broke my heart.

Shimeji Simulation is a surreal comedy by the author of Girls’ Last Tour. It follows a girl who shut herself in a closet at home for the last two years of middle school, but has now decided to attend high school. On emerging from her closet, she discovers that shimeji mushrooms are sprouting from her head. At her new school, she befriends a girl sporting a fried egg on her head.

Thanks to @_Marcus for the inspiration - my nominating it here is of course not meant to stop anybody running it as an independent club first if they want, but I thought it looked appropriate for this club.

We read Girls’ Last Tour together as a club and it was reasonably popular / successful - personally I think this looks fantastic in a bizarre way too. I’ve read the first couple of chapters on comic.pixiv.net and it has a fair bit more text per page than Girls’ Last Tour (it’s a 4-koma), but the chapters are short so it should be quite a nice read. The concept is obviously quite weird, which could make it confusing, but it’s not like a fantasy setting with loads of niche vocabulary or anything.

I highly recommend looking through the free preview available on comic.pixiv.net - just scroll down to the volume 1 tile and click the white 試し読み button.

Why would you not want to read about a girl with mushrooms growing on her head?

This looks like such a great book! Thank you for nominating it Radish8! Sadly, having a huge pile of unread and unfinished books means there is no chance of me joining in with the club any time soon, but I hope it goes ahead and everyone has fun reading it! Good luck!

Yes, we already voted on Fruits Basket a while back to follow on from Laid-Back Camp. We’ll be holding the next vote at some point while we’re reading that - probably around early August?

I was wondering if it would be possible to mention whether the book is novel or a manga on the list of already completed books?
This info is actually included on the proposal list, but not on the completed books list.
When I first looked into this thread, I was looking specifically for a novel, and I was overwhelmed. I had to go into each book’s thread, and then check the bookstore, because in the first post of book’s thread it still wasn’t mentioned.
In the end, I used Marifly’s study log as a source of inspiration, because there everything was neatly divided.

Edit: I just noticed manga/novel division is also mentioned in the Comparison Thread. But one has to know to check that thread.

All done. And I just saw @Radish8 start to edit it as I was finishing, so perhaps it’s gonna change soon.

Nah, I saw you were editing

I might change it though to indicate only if it’s a book, because I think that’s actually a little easier to compare? I.e. if it has a ‘book’ signifier then it’s a book, otherwise it’s a manga?

Also @Aislin the Comparison Thread linked just under the proposals does specify as well. Just saw your edit - I didn’t mean that that was a good solution to the manga / book thing, just that it might be a useful place to look if you want some suggestions.

I might change it though to indicate only if it’s a book, because I think that’s actually a little easier to compare? I.e. if it has a ‘book’ signifier then it’s a book, otherwise it’s a manga?

Manga are books too.

You know what I mean

I wasn’t gonna change it from ‘novel’. Although I’d hesitate to call 銭天堂 a novel. I’ll add a “manga unless stated otherwise” note once the 5-min mark is up (otherwise it gets snotty about the version history).

And I also noticed that Comparison Thread recommends Konbini Ningen as a first intermediate book, which made me real happy, because I read that one in translation, but now I want to read all Sayaka Murata’s books and it’s nice to know she writes in a simple way.

(I suspected as much from translation, but you can never be sure.)
At least I hope her other books will be similiar…
Jumping straight from Zenitendou to Konbini Ningen might be a little too much, though…

I am really keen to read it too, but I am intimidated by the lack of vocab spreadsheet

Deep within the deserts lie the mysterious Dungeons, vast stores of riches there for the taking by anyone lucky enough to find them and brave enough to venture into the depths from where few have ever returned. Plucky young adventurer Aladdin means to find the Dungeons and their riches, but Aladdin may be just as mysterious as the treasures he seeks. 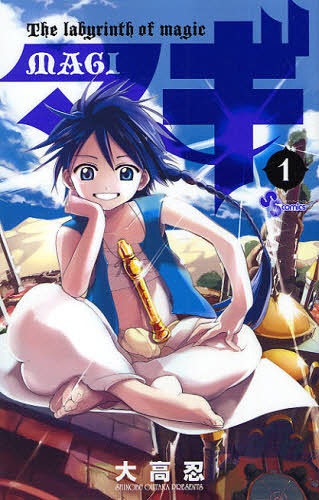 Shinobu Ootaka,Magi: The Labyrinth of Magic,BOOK listed at CDJapan! Get it delivered safely by SAL, EMS, FedEx and save with CDJapan Rewards!

I read the whole series in German and don’t think it would be too hard to read. Being a shonen (on the mature side) in an Arabian Nights - inspired setting, I think that this book will be quite different from what we’ve read here so far. A breath of fresh air?

I love マギ! I have everything up to volume 22 (which was the last released at the time…) somehow never picked the next one because I started reading a bunch of other stuff while waiting for the next one… I guess that dates my interest for the series

I`ve watched the manga some time ago really enjoyed but excited to get into the manga with everyone.

Hello there! I want to start reading a Japanese novel. I’m not into following other people timetables, so although the book club seems interesting I’m quite hesitant.

I am searching for advices on what to use instead. I’ve seen the guide on how to buy eBooks. AmazonJP might need a VPN, eBook Japan has changed from before, or in any way I can’t figure out how to registrate and I’m stuck on this page… 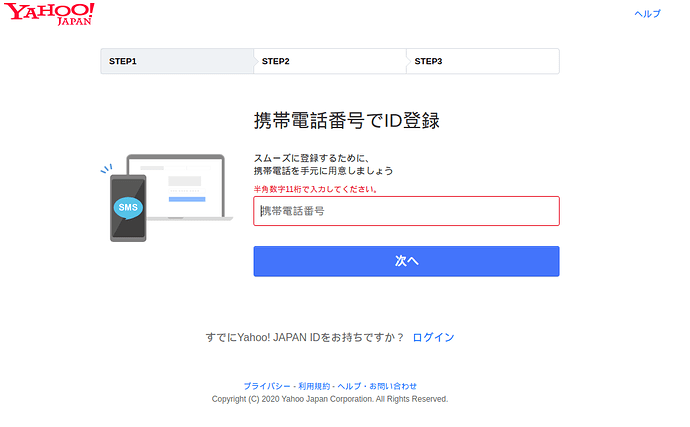 Should I look out for something else entirelly? Are there any advices?