青い花 is a yuri manga about a high school girl who reconnects with an old friend.

I read that one in English. It’s… all over the shop. So hard to keep track of what was going on, and that was without having to wrangle with language.

I know the basic premise, but didn’t imagine there would be much in the way of spoilers surrounding it

All I’ll say is that either means you already know the spoiler and so you’re not thinking much of it. Or you’re in for a big surprise. I’ll check the English and Japanese descriptions on Amazon to see if it spoils it. Either way, I recommend reading at least the first chapter right away.

Hmm, but I really enjoyed the anime… From my understanding, the anime covers about the first three volumes.

Possibly it’s easier to keep track when people are moving. I’d give more specific examples, except I’m not entirely sure where in my piles of manga I’ve left it.

Suffice to say, it’s one of the few series I’ve specifically decided not to continue with, and I’m quite bad at dropping series that I’m not enjoying.

Huh, you and seanblue might have convinced me into watching がっこうぐらし. Is it on Crunchyroll or Netflix or something?

It appears to be on Crunchyroll as “School-Live”.

I’ll check the English and Japanese descriptions on Amazon to see if it spoils it.

@fl0rm The English description on Amazon absolutely spoils it. The Japanese description does not, as far as I can tell.

MAL’s anime description spoils it, while its manga description hints that there’s something more but doesn’t say what. Crunchyoll, naturally, spoilers it as well… But at least you have to click “more” to get spoiled…

AniList has my favorite description though (for the manga):

Three high school girls and a teacher are camping at school.

Nice and simple, and not spoilery at all.

I’m not going to check any of those sites, just in case I’m wrong, but from what you’re not saying, I think I know the spoiler/twist you have in mind and I thought that was just part of the broadly understood premise of the series.

I actually always worry about recommending がっこうぐらし for the exact same reason. I warned a friend explicitly not to look it up and they did anyway, grrr.

That made me look it up

Hand lettering seems like a terrible idea xD I really do want to read the print manga version of Horimiya that’s been nominated in the past, though. (There is an ebook version of that as well…I swear there was a kindle version this morning, but it seems to be mysteriously unavailable now). I have the first volume of the manga, but I haven’t read it and I don’t know if I’m really qualified to nominate anything tbh…I’m definitely not at a level where I can answer grammar questions and the like. I just thought the story sounded cute xD And I think Miyamura is cute, what …That’s a terrible reason to pick a book, isn’t it. Whatever, I don’t care.

Seems like it’s never been very popular in the polls, though. I’m not sure it’s worth renominating if no one but me cares.

@seanblue I keep meaning to watch the anime of 放浪息子 but I haven’t yet, you should definitely write that one up.

Is 放浪息子 one of the ones that doesn’t have furigana? The anime’s actually been on my watch-list for awhile, and it’s definitely something I’d be interested in, but I don’t know if I’d be able to follow along well enough without furigana. Maybe I will feel different after spending some time with ARIA and have gotten more comfortable with reading, though? This will be my first real native literature I’ll be reading, so I don’t really know what to expect, and it’s possible that I’ll abandon it and my opinion on the next one won’t matter anyway.

Also, I’ve now added School-Live! to my watch list, and I was very careful not to read any of the descriptions so I have no idea what this twist is everyone’s going on about, but you’ve definitely got me curious! I have a pretty long to-watch list though, so it might be awhile before I actually get to it…

I’m totally ready, are we making threads for each chapter? or is it going to all be discussed in here?

Unfortunately, 放浪息子 has no furigana. When I post the nomination, just try to read the sample pages and vote in the difficulty poll. The reason we added the difficulty polls was so everyone can get a sense of the average difficulty of each book before voting on what book to read next. We want to avoid a repeat of Kiki, where most people stopped reading because it was too difficult. If you find the time, try reading the sample pages from all the nominations over the next few weeks.

That makes sense, I will try to do that!

OK, another suggestion for future reading.

A book of 11 essays (short stories), average length 20 pages, about the different pets the author has kept or known. The back cover of mine has a blurb which says (my translation, could be dodgy): Humorous essays in which the behaviours and expressions of living creatures are captured vividly, woven together with family ties and tender love. 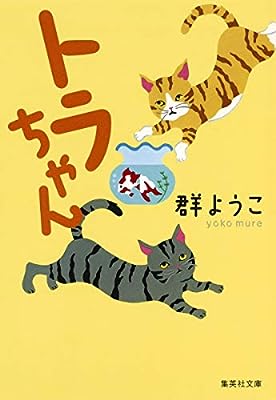 I picked this book up second hand and have read half of the first chapter. I’m finding it a gentle stretch (not too easy, not too hard) and quite enjoyable to read. There are furigana on the less common kanji.

I haven’t found a link to an ebook - can anyone help?

The kindle link says “not currently available” for me (so presumably for some other people also?).
In any case, it’s on ebookjapan as well ^^ 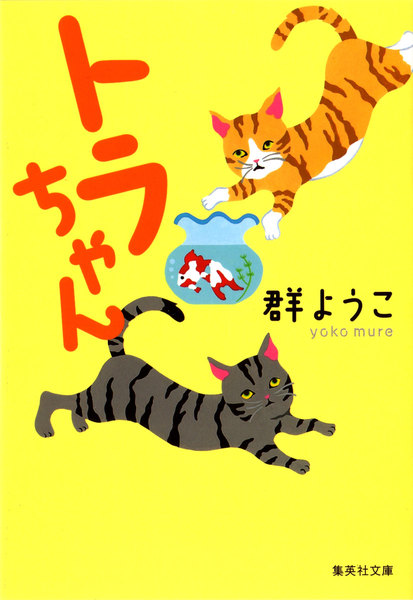