Congratulations, and thank you for sharing your experience!

As a European I’ve studied my fair share of different languages and know how much easier it gets to learn another language if you can relate to prior experiences and constructs and tie things to something you already know.

Good luck on your future endeavour!

you might be surprised, i found quite a bit for arabic, and i imagine spanish is a much more popular option

Congratulations on your impressive feat and journey, Ringcycle! This post is very inspiring and meaningful to me.

See, my father is in his late 60s, and for many many years he kept saying that one of his most prominent life regrets was to never keep learning English. He always loved the language and British culture, very heavily influenced by The Beatles since he was a kid and some trips to the UK, and he spent some years in his late teens in an academy studying it. Then life happened, family life and work, and so on. Once he retired, now that he can enjoy his life full of free time, he was met with his own disappointment of thinking that he was too old to resume it, saying that he doesn’t have the memory that he once had. And in a certain sense it might be true, as ageing inevitably influences certain capacities, but I’m stubborn to think that he is too old to learn, as I’ve seen for myself people like you and much older learn new things to a high degree all the time.

As someone in their mid 20s currently dealing with depression and anxiety, I understand the feeling of working with a non-optimal (and sometimes terrible) memory, so in a sense I relate to my father’s sentiments. But out of my own experience, I also understand that learning is a process of constant repetition and much less of mental gymnastics, at least in regards to language acquisition. Being a firm defender of this, I never stopped encouraging him to study English again, and after a while, I was able to convince him to try Duolingo. Turns out that he loves it, which is a good start, and he spends close to an hour virtually everyday on it. He still says he doesn’t have a good memory to learn at his age, but I’ve seen that he remembers words that he didn’t before despite forgetting many others, and he’s constantly asking me and my brother how to say things, which is very possitive. The next step is trying to get him to speak it with other people, because he always wanted to, but we’ll see how that goes

So this was a long post of me saying thank you for being an example that age doesn’t need to be something that stops you from learning or doing what you love. I wish to become someone that never stops feeling young and is never afraid of trying new things regardless of age.

Congrats on making it to lv 60!

(I can’t believe I once thought myself too old to learn kanji, when people like you prove how silly that notion is!

My mom likes telling me I’m too old for learning languages and I’m 27. She does not have a growth mindset.

Thank you for sharing your story.
I am currently finding out, that we have a completely wrong conception of memory,
and it is not helpful to memorize things, to put it in the most flattering way I could think of.

Turns out that he loves it, which is a good start, and he spends close to an hour virtually everyday on it. He still says he doesn’t have a good memory to learn at his age, but I’ve seen that he remembers words that he didn’t before

I bet he will find out he starts remembering more and more all the time, and more easily, too. I was amazed when that happened to me. It just took a few months.

Which is why when Im learning grammar I dont drill it over and over for a week+ because it will come up as I read, write, and listen that it will stick and make more sense in that context then it will with limited examples and practice.

Congratulations, I just turned 40 this year and I’ve found your post really inspiring. I learnt German in my late 20s/early 30s, then picked up Japanese 4 years ago. For the first few years I’d often find myself accidentally using German words in the middle of a Japanese sentence, but now it tends to be the other way round, and my German is definitely rusty. How easy do you find it to keep all the languages separate in your head?

that was very inspiring. am an older learner by WK standards too and i decided to reset (from level 40) after feeling like my memory had reached some saturated point! i was probably just going too fast.

my partner is learning spanish. we both also wanted to do something challenging and i’d try to learn japanese already 3 times and quickly gave up.

i never learned spanish and i think i’m still better at reading/listening in spanish than in japanese! it really is so different.

congrats again. hope you got yourself a big and very pretty cake. here’s one just in case 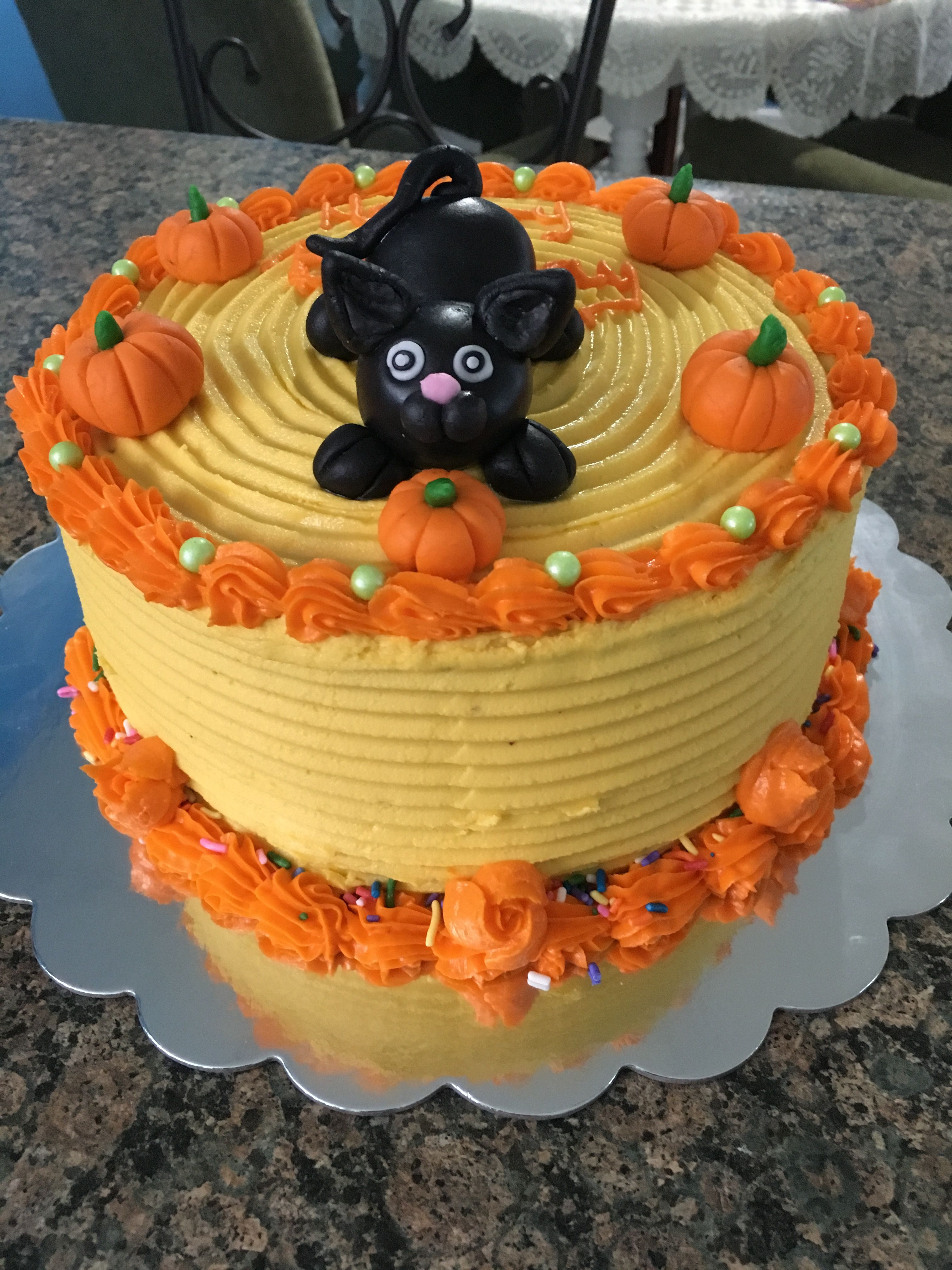 The only two languages I regularly confuse are Spanish and Portuguese. I was watching a Brazilian Portuguese telenovela recently, and one of the characters started speaking more slowly than usual. The other people in the scene had either amused or astonished reactions. I couldn’t figure out why, since I understood everything that was being said. Then I realized that the character was pretending to be Spanish, and was speaking in Spanish (to all the others, who were speaking in Portuguese). I hadn’t even noticed! In general, though, I sort of get in the mindset of a particular language when I’m reading or watching in that language, and that takes care of the problem. With Japanese, it’s soooo different, that the confusion rarely happens (although once I try speaking in Japanese, which I really haven’t been doing much yet), this may come up again.

Love the cake! You’re right, Spanish has many words that are very similar to English (like rapido, meaning fast), so one can often understand some of it without even learning it. Not so much with Japanese, except that Japanese does use tons of English words, like hoteru (hotel), shatsu (shirt), or terebi (TV, or television), just with a Japanese pronunciation!

i should have mentioned my first language is french and also that i roomed with hispanic people for many, many years. it certainly helps.

Japanese does use tons of English words, like hoteru (hotel), shatsu (shirt), or terebi (TV, or television)

i wish they didn’t lol. those are even harder to learn somehow.

I’m so happy for your progress! <3
And you’re right, age means nothing!
There are so many people who think and say to others that they can only learn new languages as kids/teens or think that they are on a big disavantage if they don’t learn it until that, like as if we have a time limit… It’s really a shame.

Thanks so much for posting! You’ve managed to inspire me after a month-long slump. I’m younger than you but also older than many on this board. After getting 60% of the way through WK (much more slowly than you), I started to feel really fatigued, and before long I wasn’t clearing out my review count every day. I’m lucky if I get 20-30 reviews a day finished lately.

Congrats on making it through and on all the progress you’ve made with so many languages. I’m feeling very inspired by your post, and I’m going to work on clearing out my reviews today.

This post is encouraging and discouraging at the same time

First of all, congratulations; what you did is simply amazing (already knowing so many languages and now Japanese) and I hope I’ll reach your age with my brain in such a brilliant shape.
The discouraging part for me was reading how many resources and lessons you go through each day. I am close to 40 and have picked up Japanese multiple times, not with much conviction and quite casually, mostly listening to beginners podcasts and videos as I thought reading would be too difficult, if not done with the proper dedication. And I kind of derailed again by not doing revisions every day. Your post made me realise I really need to pick up my game

You’re right, somehow you have to get it into your head that you HAVE to do the reviews every day, sort of like how I HAD to go to work every day for 45 years (I didn’t love my job). The reviews are just part of my daily schedule. I eat breakfast, then it’s Wanikani, etc. Duolingo is during lunch (I eat in front of my computer :), and then after dinner, I feel I HAVE to do Wanikani again. Good luck, it can be done!

Thank you for the encouragement, you are definitely right. I’ll do my best to keep at it and follow your advice. P.S. the only person I know who said to me he loved his job is my father, a firefighter, and even he had his days when he’d rather do something else

Congratulations on reaching level 60! Thank you for your very interesting post. I’m a 76 year old retired female teacher, who started WaniKani in Feb 2016. I developed an interest in the Japanese language due to my school having a sister school relationship with a primary school in Shizuoka. Learning kanji is keeping my brain stimulated, and I find the kanji themselves to be fascinating. I only do one lesson a day, as I’m more like a tortoise than a hare.

Slow and steady is my motto!
Congratulations again Ringcycle, you are an inspiration!