I made a trip to the one Japanese bookstore in Paris. I was hopeful they’d have 人間失格, since it’s such a classic, and they did! But no such luck for Doctors in Isolated Room, although they had a few other books from the same author. I’m gonna have to order it from amazon jp. I should probably get on the ebook bandwagon but I don’t have an e-reader, and I like having the books on my shelf like trophies, as long as I have space for them… 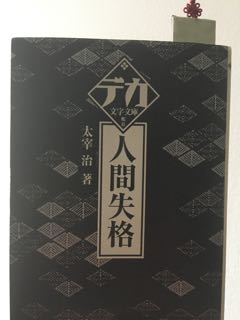 Picked this up at a Kinokuniya in Tokyo a few years back. It will be nice to finally read it!

Just a quick reminder for everybody that today is the Advanced Book Club’s 1st Birthday!

I must say I’m really happy how it developed so far, with so many interesting picks from different areas and genres, and a lot of exciting proposals being lined up!

Plus, we will celebrate this birthday by kicking off reading 人間失格 this weekend - stay tuned and join in! 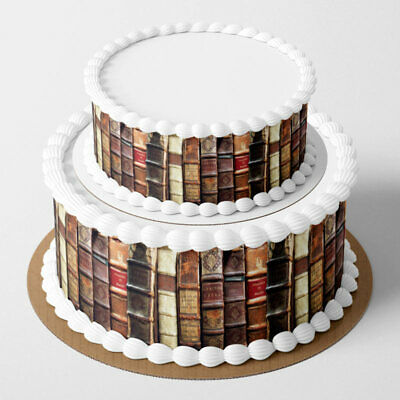 For those of you who are still contemplating joining the youngest book club spinoff 冷たい密室と博士たち (or who have not read the main book すべてがFになる yet), the whole series is currently discounted (as in, pay less money when buying) on Bookwalker (and probably elsewhere as well?)

Only one year? How has it only been one year?

Did we really only start the Advanced Book Club after the Sickness?

Although we’ve just extended the reading schedule of our current pick by one week, it’s already time to think about the next book for this club! (With the usual one-week break, the next book is due to start on September 18th.)

We currently have 14 nominations (11 “fast” ones and 3 “hard” ones) so we are in a very good position. Still, there is room for some more proposals - fire away if you have ideas for nice book club picks!

I’m planning to start the next poll on August 5th. But if you want to nominate a book and absolutely can’t make the time before that, please drop me a note and we can see about it.

I’m enjoying so far kind of belatedly (in more ways than one) participating in a book club, so there’s a couple of books I think I’d like to nominate:

Length: my copy is about 300 pages even, bookwalker has 348
Category: probably hard, not due to age but difficulty

This is next in one of my queues - I think I found it by looking for past SF award winners. It sounds extremely interesting, and also basically impossible to fully translate, so I’m super curious about it.
I also think it would be funny to read a book about characters on a site for learning characters. That could help mitigate the hard-looking parts since it’s a topic we’re clearly all interested in.

I was also thinking of nominating パノラマ島綺譚, but I’ll hold off for now in case a bunch of other people want to nominate stuff / in case there’s a procedural reason I shouldn’t / just to do something else since that took a little while

Out of curiosity, why パノラマ島綺譚 out of Ranpo’s books? (I was planning to skip this one, so now I want to know if I shouldn’t after all

I think it was the first Ranpo book I heard about, and the one I’ve seen referenced most often - as an especially cool-looking manga adaptation, in the afterward of the first Ranpo collection I read, and as elements in movies, so it feels like one I should read as a prerequisite to some cool stuff, and as a major one of Ranpo’s works.

I also saw in one of the collections while I was considering nomination it that 横溝正史 said it and 陰獣 were「乱歩文学の両巨峰であると信じて疑わない」, plus wikipedia says apparently he was the magazine editor when it was originally serialized? So that makes me interested too as a budding Yokomizo fan…

Ugh, up until that point it sounded really interesting.
Well, I’m still interested to be honest. The very beginning of the sample pages was kinda difficult (lots of unknown vocab for me), but after that it seemed more normal, so hopefully it’s not too too bad.

It seems like it’s 12 interconnected stories, so hopefully at least the individual chunks are digestable!

And yeah, the summary’s tip-off that the start of the sample was talking about China and the terracotta army helped me contextualize the difficult vocab. It seems like maybe if you can track whatever specific topic he’s digging into it might not be too bad, but otherwise, who knows…

I’ll just go ahead and nominate Panorama Island since I talked about it.

amazon.co.jp
one of the paid Bookwalker options
Aozora version (on bookwalker) - FREE!

I wanted to nominate an Edogawa Ranpo book for the club, and this is a standalone novel of about the right length that’s the highest on my priorities list of stuff to read by him. I’m pretty sure hearing about the manga adaptation is how Ranpo came onto my radar in the first place, and the afterword in a Ranpo collection I read talked quite a bit about Panorama Island as well.

I haven’t read this particular book yet, but Ranpo in general seems like a great fit for the book club, since his writing can be complex but gripping.

Hey hey! I can join if you folks point me toward an English translation, at this point I still require “training wheels” to read, I read in both languages side-by-side and sloooowwwwwllllyyyyy, and if you accept me I will have hundreds of questions for the next 2-3 books, but after that I think I’ll be able to mostly read like ABC regulars. I’m going for the trial-by-fire approach.

I have no nominations, and for voting, I’m open to bribery peer recommendations

up until that point it sounded really interesting

Can confirm that Wikipedia is not lying about his writing style. It is… intensely confusing. I read his Akutagawa prize winning book 道化師の蝶, and wrote about my impressions here: The Akutagawa Prize Reading Challenge - #45 by Myria

Not trying to discourage anyone, and actually I am also interested in reading 文字渦 at some point. But it’ll probably be a struggle, content-wise.

I have no nominations, and for voting, I’m open to bribery peer recommendations

Nausicaä. It’s got an English translation.

Haaaa yes I remember that. I didn’t realize it was the same author. I’ve updated my vote to “significant effort” then >_<

Reading various reviews, it seems that the writing style itself is fairly straightforward (several people say it’s 読みやすい), but the content, the story or lack thereof, is difficult to understand. Probably not for everyone, but a lot of people seem to enjoy it regardless.