The last week will be heavy

Even if the last week is heavy, since it’s the last week and people won’t be falling behind on further reading even if they don’t finish on time, it doesn’t seem like it would be that big of a problem to me either.

which I would like to defer to the home thread

When the poll is closed, I will post the home thread and some schedule suggestions.

Well, we have a winner. Next up is すべてがFになる!

Ah that’s OK, I don’t feel like I’m missing out because I already saw the anime adaptation

Although I wonder how that cringy English dialogue scene is presented in the original novel. I may be lurking in the discussion threads.

And here is the home thread for it:

If we apply the usual one-week-break between books, that means we will start reading it on April 10th.

Also, I cleaned up the nominations, and sadly I must say that アウト is out because of lack of interest in the past three polls. Which, on the other hand, gives us some more space for new nominations!

Oh man, I’ve missed so much––so sorry! Had to jump into a job search.

But look at y’all, eatin’ thru some books. Hell yeah.

Just a quick tip that the current book is currently on half coin back on Bookwalker if anyone not participating in the bookclub is interested.

Hey, I’d like to join this club starting with the next book (すべてがFになる). I’ve been reading Haruki Murakami’s ノルウェイの森 for a long time, but the end is currently in sight and I want to read more books. I need to raise my reading pace though. Hopefully this club will help me do that.

I’m also currently studying for the N1, so I hope this will help with that too.

After a bit of discussion here (book review by Myria), here (comments by Naphthalene) and here (more comments by Myria), I decided to move this book nomination from Intermediate to Advanced Book Club.

It is very short, so I guess if it wins, we would read it and also the second winner of that same poll.

I became aware of the author through this Japan Times article about the most important Japan-related books of the 2010’s, and it turns out that she is quite the celebrated author right now. Therefore I would love to read something written by her.

I hope the excerpts @Myria posted in the akutagawa thread and my fuzzy memory from when I read the sample pages when you nominated it before fused into an accurate assessment.

It feels weird to be one the same effort vote as @Naphthalene somehow.

That means that the next poll is already around the corner, and if you want to throw your favorite book(s) into the ring, now would be a very good time for that

We currently have 11 nominations in the “fast” category and 5 entries in the “hard” category - this does not leave much space but we can take on 4 new nominations!

Looking forward to your books of choice

On to the next round!

Have a look at the List of Proposed Books section in the first post for details on each book. Every book has a difficulty associated with it (based on the book club members’ votes, thus subjective) out of 5, where 1 means “no effort at all” and 5 means “impossible, even with everyone’s help”. The difficulty is annotated in the poll in square brackets after the book’s name.

Do not rely solely on difficulty when making a choice. Please have a look at the nomination posts and text samples if you haven’t already.

Expected reading pace: The proposals fall into two categories, Fast and Hard. We aim to read fast books at 30-50 pages and hard books at ~15 pages per week (that number might vary a bit throughout, depending on the book’s breaks and chapters). For manga, depending on difficulty and chapter length, we will probably read one to several chapters per week. The pick’s exact reading schedule will be negotiated before the book club kicks off.

Start of Book Club: We will start the next book on July 3rd (after a one-week break).

Poll duration: The poll will be closed within a week (and most likely before that), whenever it looks like voting has dried up. You can choose up to 5 options.

I haven’t joined this club yet, but I voted for the ones I’d like to read someday, so if they win, I’d tag along.

There is no real “joining procedure” other than voting for books you like and then reading them - in other words, welcome to the club!

Yeah, I meant ‘tracking the thread’ by joining.

I do remember us talking that it’s at least expected to try to read the book with the club if you vote. At least I think it’d be a bit shame for someone to swing the vote if they are not participating, as it affects if current people get to read what they want

At least I think it’d be a bit shame for someone to swing the vote if they are not participating, as it affects if current people get to read what they want 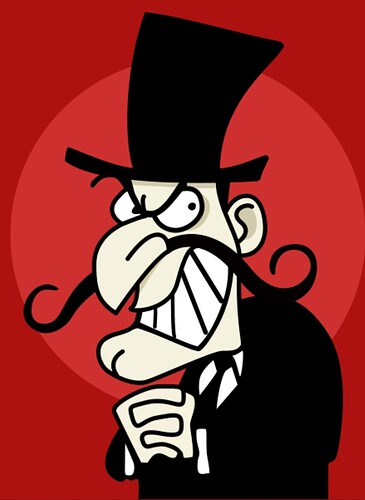 (I am only voting for 化物語 myself. And I have already started it, so…)

I don’t remember what consensus we reached then if any, but that’s if the book you voted for wins, right?

Oh, right, I may have misremembered. Seems it’s still applicable to the current poll situation