3月のライオン (March Comes in Like a Lion) Book Club🦁🤓

Sadly, it didn’t work out for me when I tried it previously =( It had probably more than a 75% failure rate on reading the kanji.

It shouldn’t be that high! Can you send me screenshots of how you’re using it, or record your screen with something like Screencast-o-Matic? It took me some trial and error to get working, but I found that you can’t use Copyfish/Google Translate’s OCR on individual kanji, you have to OCR the entire panel for it to work (and leave some air on the sides).

Can you send me screenshots of how you’re using it,

Sure. I’ll install everything again, see how it goes, and reply on your guide thread.

I should mention, some of what I tried it on had furigana. But not everything.

It was a pretty well populated spreadsheet though - almost completely filled in by the start of the week, and including a fair number of repeated words.

Is there anyone familiar with this series and Honey & Clover who can give a general comparison of the vibe/atmosphere of the two?

I’m afraid I haven’t read / seen Honey & Clover, but I want to because 3-月 is easily one of my favourite anime of all time, and I’ve seen many favourable comparisons from people who’ve experienced both - if that helps!

3-月 can be a bit depressive, and when I first started watching it I thought it was melodramatic arty BS. Aaaand then I fell in love with it. I could wax lyrical about everything it does well, so I’ll just shut up here

almost completely filled in by the start of the week

Yes, I was a little worried about that. I feel like that will definitely be the case with these books, too. I have a lot of Japanese study experience outside of WaniKani, so looking up Kanji is not a hardship for me, but I’ve been doing lot of it while reading book 10. I feel like, if there are enough intermediate to advanced readers in the club, we could populate a spreadsheet within a day or two; if we’re organized enough to do it at the end of the previous week, that should help out the less advanced peeps.

I am a giant fan of the show. In currently watching it for the fourth time (partly because my ability to understand the dialog with subtitles off gets better every time), and I can wax poetic about it, too. Yes, they explicitly deal with depression, which I love, because I am a sufferer of it. But I think the theme of the series is motivation-- as in, what makes each character keep doing what they do despite the hurdles. So. Fascinating.

As another fan of March comes in like a lion, I’d love to join in! I actually have all the currently released volumes on Bookwalker, but I haven’t read them yet, partly because I’m afraid I won’t understand much (though the fact that I’ve seen the anime should help with overall understanding), and partly because I’ve been distracted by other things . . . so my vote is for starting in October.

Hopefully by then I’ll have resumed my Japanese studies in earnest.

Haha, I saw this thread and was actually scrolling through the comments to see if you had already noticed it

partly because I’ve been distracted by other things . . . so my vote is for starting in October

Looks like most people went for September, but I have you join anyway! Tell any other fans you know-- the more people in the club, the less work it is for everyone.

Looks like I was outvoted . . . but September is still okay with me.

I don’t know many other fans, or I’d tell them about the book club for sure!

Sigh… the first three volumes are currently heavily discounted on Bookwalker, so what could I do?

No one voted on dates, so I’m arbitrarily setting it for
September 12, which should give you enough time to get a paper copy, although @NicoleRauch pointed out that the first three volumes are currently heavily discounted on Bookwalker: 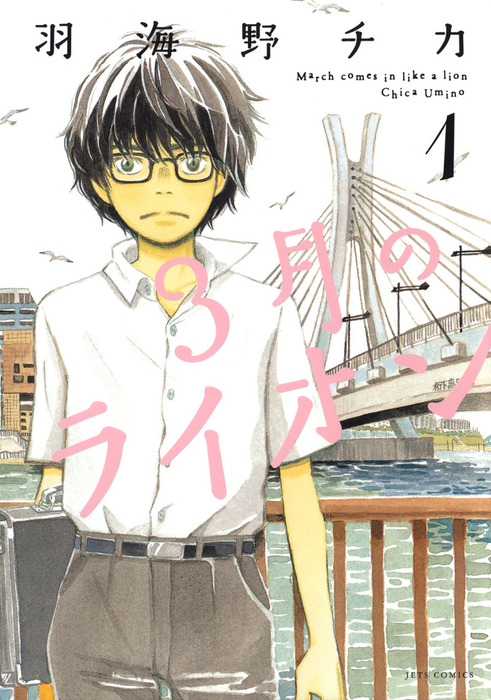 If you will be reading with us, would you please follow this thread so you get any announcements?
@ChristopherFritz
@Marifly
@Kumirei
@tomwamt

Hi!
Here’s an update on the 3月のライオン book club:

Please follow the thread so you get any announcements!

This discount only lasts until Aug 18th, 10am Japanese time.

Thank you for reminding me to follow the thread!

If I didn’t already own the first three volumes, I’d definitely jump on the discount.

Thanks for the reminder! I got the first volume on Kindle!

I already have the first two books

Alright, you got me with the sale; let’s do this

I’ll admit I have no idea what the series is about, but I’ve seen this being highly recommended for slice of life fans, so I’ll jump in anyway!

If you don’t love it, I’ll eat my socks!

Seriously, though, the anime is excellent—I’m looking forward to seeing how things are presented in the manga.

I told myself I’m going to finish up reading Honey and Clover in English before I start this. (Back when I first read it paperback, I don’t think I finished. When I switched to e-books, I started from the beginning again. Gotta reach the end for sure at least once!) But, considering I still have three volumes left to go, I wonder if I’ll make it in time…

So, this is going to start from volume 1 now, right? If so, I’d be in. I love the anime and wanted to get the manga anyway.

Yes! OP initially intended to start from book 10, I think, but now we’re just starting from 1