so maybe it isn’t a Japanese type of burn-out after all as I originally thought, but just a reading related burn-out kind of thing, as you said, you don’t want to read anything at the moment

Right. At this point, I don’t feel that much difference between reading things in French, English, or Japanese (either in terms of difficulty or in terms of lack of motivation). I think I am paying the price of going through the challenge of reading 100 books (in Japanese) in a year. Going through the 5~10 last books definitely felt like a chore despite being actually content I do enjoy usually (and did indeed enjoy) but the fact that the goal was in sight really kept me going. Now that I’m done, I’m really feeling like I’m crashing down.

Anyway, let’s play is also a thing I like to watch, indeed, so why not.

Manga Time Kirara MAX sale on Bookwalker and points back on Amazon. See my other post:

I’m three episodes in, and it’s pretty fun so far!
Re: fan service, well, female armors are definitely on the skimpy side, but that’s how it is in actual MMO, so at least it’s true to life…
What is less realistic is that no one is screaming “plz nerf” while crying tears of blood so far.

… I wish I could eat as much cake as I want for absolutely zero calories. 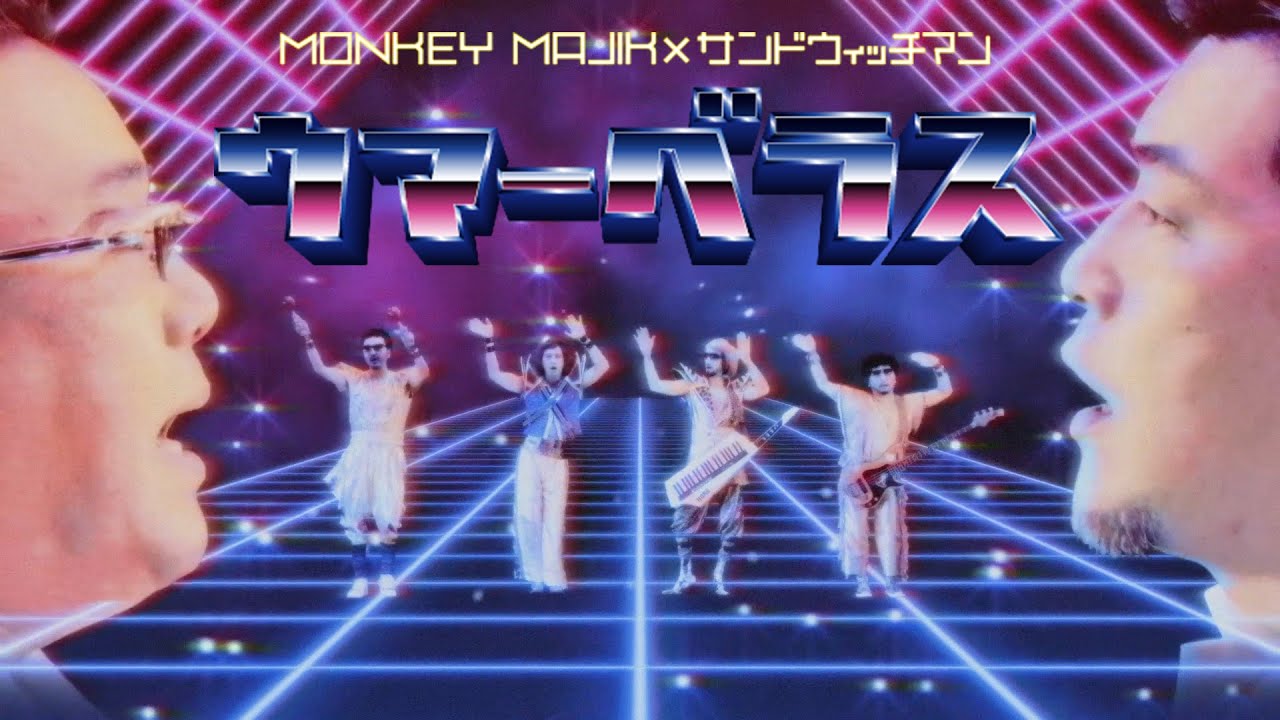 I also just think I need to be more choosy with what manga I read (<–a theme of the last couple of years). In pursuit of that, today I took a look at my list and told myself to categorize some as low priority (rather than which ones I wanted to stop reading), and bam, a whole bunch got put in the low priority folder, lol. Goodbye, (titles redacted), I will come back to you if/when I actively feel like it. I have shuffled them out of view so that I don’t feel any weird guilt about pausing on them.

For novels, I’m in the middle of four. So far I’m keeping up with the weekly readings of すべてがFになる. Every couple of days I poke at 君の名は and/or 青桐. I wasn’t in the mood for either today, so I read a bunch on 獣の奏者 3. Of these four, one is a (caught-up-with) book club, one is a (I don’t care very much about this and am behind but let’s poke at it sometimes) book club, one is more difficult than what I usually read, and one can be heavy. Therefore, between the four of them, I’m not hitting my reading quota for the day and can read manga to make up the difference. The six volumes currently on my manga tablet are 鋼の錬金術師 1, ダンジョン飯 1, 日常 1 (not yet started), よつばと 15, スキップ・ビート 6, and 魔王城でおやすみ 3. I’m ahead of my novel-reading goal pace for the year, so I guess I’ll let this in-between kind of period go on a little longer. It’d also be nice if I could get my in-progress novels down to two. (Now that I’ve posted these good intentions I’ll probably fall headlong into the next 伯爵と妖精.)

… What did I just watch.

Re: fan service, well, female armors are definitely on the skimpy side, but that’s how it is in actual MMO, so at least it’s true to life…

Anyway, the anime was fun indeed, thanks @seanblue for the suggestion. The Japanese is also very easy to understand (I thought), except when voices are distorted (e.g. demon form メープル or ガラクタの王), then my understanding drops to near 0 somehow

The Japanese is also very easy to understand (I thought), except when voices are distorted (e.g. demon form メープル or ガラクタの王), then my understanding drops to near 0 somehow

Yes, it was the first anime I tried watching with only Japanese subtitles and I found it pretty easy. Thankfully the subs let me follow along even during the distorted voice scenes, but I rarely needed to reference the subtitles overall, which was nice.

I’m quite late to the party, but I’ve added myself to the list. I think 12 is quite doable with my current speed, but as I’d like to go to the JLPT in December, my priorities might shift over time.

Alright, I’ve entered my name in the wiki

I’ve almost finished my first Japanese book. Kiki will be my second.
I’ll be quite busy in a few weeks, not sure if I can keep up the current speed (as slow as it already is) but this will keep me accountable!

this manga looks SO cute! i’ll look for it the next time i’m at bookoff

is this okay to post? this is what i’m reading today lol. 259 page 小説。 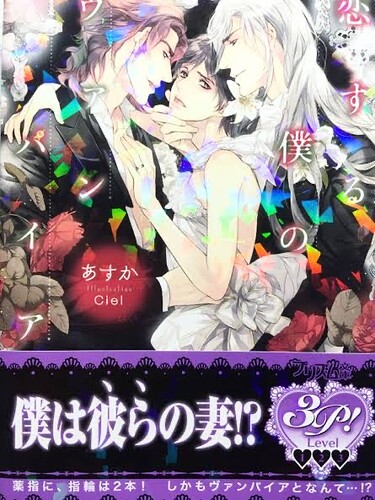 this is the first book i’m going to be reading without looking up any words at all!!! yeah all the books and manga i’ve read so far i’ve looked up all or almost all the unknown words… this time i just want to challenge myself to go through a book dictionary-free and see what that’s like lol. i need to raise my tolerance for ambiguity!!!

btw does anyone here do most of their reading without a dictionary? do you feel like your vocab is still growing at a good pace even having 1~3 (or more) unknown words on each page and not looking them up?

And I finished volume 1, which corresponds to the first 3 episodes. It’s interesting to see the design decisions they’ve made for the anime. They merged events, changed a bit the order and skipped a few things, but it didn’t feel weird. Instead, the books feels more diluted in comparison

In terms of writing, it’s also not quite there. I’d say it’s on par with Kuma4.
I’d give it a 6/10, especially for that price, but at least it gives me a tons of stats and boy do I love numbers, especially when they go up.
Plus, well, I already bought the next 9 volumes. That also happened with Kuma4 now that I think of it.
So I guess I will eventually keep reading it.

Instead, the books feels more diluted in comparison

In terms of writing, it’s also not quite there. I’d say it’s on par with Kuma4.

I did tell you that I suspected it would be a bad LN.

Plus, well, I already bought the next 9 volumes. That also happened with Kuma4 now that I think of it.

Have you ever considered, I don’t know, just buying one volume to start..?

Girl
You have no idea

Have you ever considered, I don’t know, just buying one volume to start…?

BookLive provides random discount tickets. In this case, I had “buy up to 10 books at 20% off”, which is very rare, so I wanted to maximize the impact

I see now how it was a trap.

Thank you again for this!! And the NJPW diaries actually aren’t region locked! I have a friend who lives in America who is able to access the diaries. From what I’ve heard, there’s a lot of fun content in there!

I didn’t watch the Champion Carnival last year, but I did watch the G1, a good chunk of the N-1, and eventually the 5 Star (albeit a couple months removed from when it initially happened). I can’t imagine watching all four at once, wow! Admittedly, AJPW hasn’t hooked me yet either, but knowing my track record, all they need to catch my interest is a story centered on a dramatic tag team betrayal. I also know a few folks who are watching the Champion Carnival right now, and they’re enjoying it.

Rina Yamashita recently wrestled a match in TJPW that was fantastic! It was Hikari Noa’s first hardcore match. I write a lot of very informal essays about wrestling, and I wrote one about this match, accompanied by some gifs.

I didn’t know that WaniKani used to use a mnemonic involving Razor Ramon Hard Gay, that’s interesting. And yeah, Dieno is… complicated. I have a lot of mixed feelings on his character, but I did really love his feud and match with Jun Akiyama (I wrote about it in depth if you want more context for the interviews). And here’s a post with my thoughts on Dieno, at least. The short version is that I like the character better now that I have greater familiarity with DDT, but I still dislike the gimmick and think it’s irresponsible.

I didn’t watch the Champion Carnival last year, but I did watch the G1, a good chunk of the N-1, and eventually the 5 Star (albeit a couple months removed from when it initially happened). I can’t imagine watching all four at once, wow!

Yeah, it was an especially stressful time with the pandemic and what felt like the entire coast on fire so zoning out to wrestling while working or putting together gunpla was surprisingly soothing. It was too much though, haha. My main takeaway (other than getting into Stardom) was just that I don’t think you’re really supposed to watch all the shows in a round robin tournament like that. A lot of the point seems like it’s that anyone on the tour gets to see cool important match-ups, even without following the rest of the tournament. But I do like it as a cross-section of a promotion I haven’t kept up with before, though!

Thanks for the links! I agree with you about Dino’s gimmick! Like it seems on balance definitely not-great to bad, but I’ll certainly take crass and kind of gross over actively hateful any day, and it seems like it clears that bar at least. Which isn’t always a guarantee in wrestling. The Akiyama feud seems like a fun encapsulation of DDT, and boy the next issue of the magazine sure has some choice pictures from it… I learned some stuff from your post too, so thanks!

I think I remember seeing some pics of that Yamashita TJPW match in the magazine too! I should remember to watch it. If you feel like tracking down her match with Risa Sera in Ice Ribbon I’d definitely recommend that too. It involved a motorcycle and…

I definitely relied on wrestling to get through the pandemic, yeah, though man, the cognitive dissonance of watching a high-contact sport during a pandemic did get to me. But wrestling gave me things to actually look forward to and a reason to get excited for the next week or month, and that’s more than I had with anything else. And I actually really love watching all the shows in a round robin tournament, haha! I think it’s the best way to fully understand and appreciate the full narrative arc of the tournament, since usually tournaments have a whole bunch of stories going at once, and each match builds to them for each wrestler. However, watching more than one tournament at a time sounds incredibly grueling! I am glad that you found Stardom that way, though!

And omg that picture! I have a hard time watching deathmatches, but there’s a lot that I love about them conceptually. I recently learned that Jun Kasai did a series of Shakespeare deathmatches (the shows were apparently a combination of music performance, acting, and wrestling), and sadly I think they were only recorded on limited release DVDs, but there are some reviews of them out there. Here’s a review of King Lear, which taught me the word 流血, and which apparently featured a deathmatch on a bed of roses. I believe the other two plays they did were Romeo and Juliet and Macbeth.