Next Week: Chapter 1 (second half) 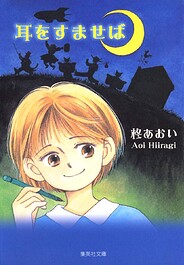 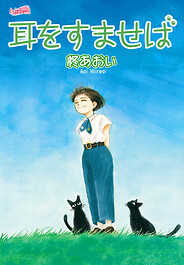 This week we’re reading pages 5–30, as per numbering in the physical re-release.

If you have the original release, post a photo of (part of) a page with a number, and I can see if it matches the re-release or not.

For digital readers, this week is pages 1–26. However, your reader software’s internal page counter may list this week as pages 2–27 (due to counting the cover page).

If you’re uncertain, this week’s reading ends when this is in the bottom-left panel: 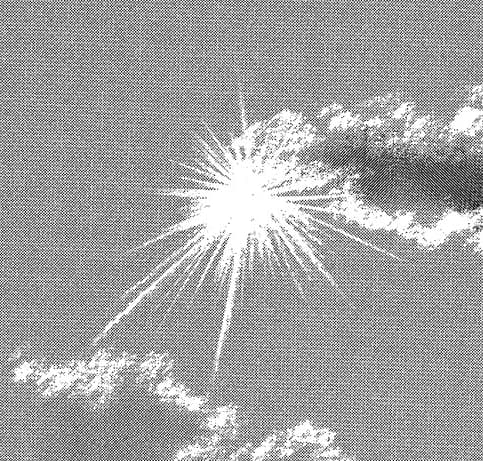 Editing Guide How to contribute to this vocab sheet The more people contribute to the vocab sheet, the more helpful it is for everyone, so please don't feel shy about adding to it! Please read these guidelines carefully before you start adding...

Have you ever seen one of these in real life? (Color and style may vary.) 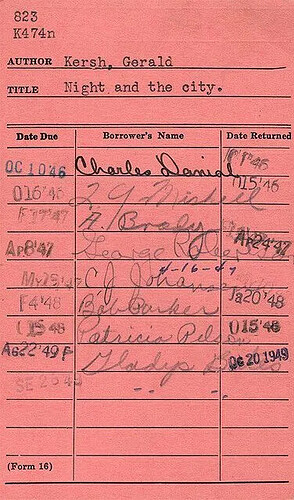 As I will be busy the coming week, I gave myself a little head start by reading the first section already.

To start things off, I have some question about this panel on p. 17: 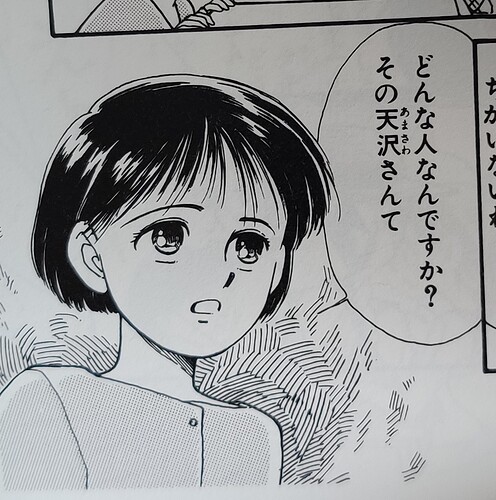 Why does she say “どんな人なんですか” instead of just “どんな人ですか”? Is there a difference in nuance? Secondly, why does send end the second sentence with て? Thanks!

Why does she say “どんな人なんですか” instead of just “どんな人ですか”? Is there a difference in nuance?

どんな人なんですか is using the grammatical construct (な)のだ (the な is only necessary when connecting this construct with a noun, like in this case. The の can be abbreviated to simply ん, like in this case.). This grammatical construct gives the nuance of something one is explaining, or asking an explanation for. It’s usually called “explication-tone の”. Basically, she’s using here because she’s asking for an explanation about who this 天沢 person could be.

My understanding is that the difference with simply saying どんな人ですか is that the latter feels like a more direct, blunt question.

Secondly, why does send end the second sentence with て?

Not 100% sure but I believe this て is simply って being used as a casual topic marker. She’s clarifying what person she’s talking about.

“What kind of person is him? This 天沢さん”

I have trouble understanding the last part of “雨がふりはじめて3日めの日”.

Is “3日めの日” read as “みっかめのにち” ? And what is the meaning? Rest of the sentence would make me guess that it has something to do with “three days since it started raining”, although not quite right.

3日めの日 is ３日目の日, with counter + 目 being the way you say first, second, third, etc. 一日目 means the first day, 二日目 means the second day, 三日目 means the third day, and so on. So the phrase 雨がふりはじめて3日めの日 would be “the third day since it started raining.” You can use 目 like this for things other than days too btw.

I believe it’s pronounced みっかめのひ. The counter stays the same as you would usually pronounce it, you just add め to the end. And the second 日 is pronounced ひ.

This is my first experience with this story (I haven’t watched the anime/movie), I don’t know what to expect. And I’m very grateful that for me this is a nice easy read. I needed that added to my rotation. Hopefully this means I can help people.

I had two things that stumped me for a little while.

First, I tried to figure out if the book Shizuku was reading at the start existed in the real world and as far as I could find, it doesn’t seem like it. (I didn’t check all the books, only the 炎の戦い book.)

Then on this week’s last page, I couldn’t figure out やなやつ, because for some reason I decided to search for a na-adjective with the な attached.

I didn’t know that いや had an alternative spelling of や.

As for the story so far, there isn’t much to say is there? We’re being introduced to the characters and that is about it. Looking forward to what comes next week.

I believe this is the only time we see て used this way in 耳をすませば.

Doing a web search for 「“３日目” 読み方」does get results that say みっかめ for that portion, so I’d say you have it right.

Personally, I never remember these, and always wish they had furigana, but they never do =(

I didn’t know that いや had an alternative spelling of や.

Once you’ve seen it, you’ll probably notice it all over the place. (Over in the Orange book club, it looks like we’ll see it in volume 3, chapter 12.)

Since やだ is so common, I think it’s easy to learn its meaning without realizing it’s a contraction of いや＋だ. It surprised me when I found out. 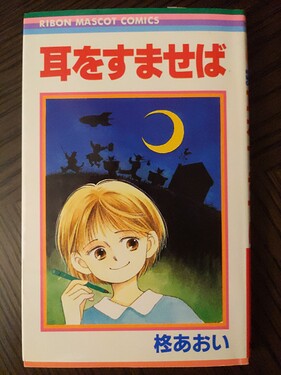 Wooo! It finally arrived.
Some random bookstore in Germany just had this and sold it for 2€

Crazy that I didn’t have to have it shipped from Japan and can now start reading!

Thanks for all the great questions and answers so far. Looks like I have some more and hope you can help me with the following

(1) Not sure if this is a typo but since it occurred twice (p.14 and p.16 in my version of the book) I am assuming it is not. Why is the teacher using dasudasu here?

(2) With the following panel my question is more about the general notion. 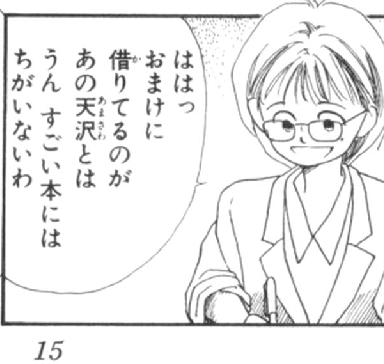 How did you go with it?

Apart from that, when Shizuku and Sugimura talk to each other briefly (p.20 for me): 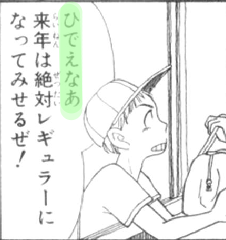 (1) 出す can mean to show/to reveal. So I assume that the teacher wants Shizuku to show her library card. If you’re asking why say it twice? I think to me, it read as the teacher being a bit impatient, taken with everything else.

(2) She says that the book was previously borrowed by Amasawa. And since she then goes right on to say that the book is very good, no doubt about it. I connected those two statements like: Amasawa borrowed this book, yes, then it has to be good. (This is not a translation of what she said, more general sentiment as I understood it.)

However, I’m not sure of that interpretation. I have found myself sometimes imagining connections between statements when there was none.

And I’m not entirely sure what you are asking in regards to 2.

(3) Can’t help with this one, a bit confused myself actually. I guess I glossed over it when I read it myself.

Thanks so much for sharing your thoughts and your reasoning behind them. I really appreciate that.

Lol. やなヤツ was one of the first Japanese phrases I learned as a kid because this anime was one of the first I watched with subtitles and she repeats it like a billion times so it was easy to pick up. Good to know the grammatical construction and where it comes from now though.