S. 10. 160-171
THANK YOU @ChristopherFritz for the run-down. I actually understood more than I thought I would, but it’s nice to confirm or add nuance.

S. 10. 173
Anyone read … Hebrew? Google translate gave me “One for One” which actually might make sense. Though I think it’s more likely this is just here for style.

S. 10. 175
I can’t find translations for もつまい or うばえ. I’ve tried breaking them up in different ways, but if someone could help me out that would be swell!

General comment: It’s fun seeing WK words! Like, hey! I don’t need to look that one up!

S. 10. 183
What does くくっ mean? I’ve seen it in other panels throughout the Act,but I thouht it was a sound effect.

Are these both written in hiragana? I don’t have the book with me so I can check.
Is this the dark kingdom’s queen talking? I know I’ve seen 奪え(うばえ) used by her, which is the (or rather an) imperative of 奪う, to steal.
まつまい might be 待つまい？in which case it either means ‘I definitely can’t/wont wait’ if talking about themselves, or ‘probably won’t wait’ if talking about someone else’s actions.
Take this one with a grain of salt - I feel like this would probably be written with kanji if that’s what it was. But then, this mangaka makes some interesting kana choices.

It’s a laughing sound, so definitely a sound effect.

other variations like クス Also exist. This might be a giggle or an evil laugh, depending on who makes it?
Or, if a laugh doesn’t make sense where you see it, it may have some other purpose too.

Are these both written in hiragana?

Yep, Evil Queen, hiragana. If it were in kanji I probably would have had better luck in looking it up.

Look what I found! Zoisite (it’s actually tanzanite, which is a type of zoisite), kunzite, and jadeite! I couldn’t find nephrite, which is actually a type of jade along with jadeite, so I got a green jadeite to represent Nephrite and a black jadeite to represent Jadeite. The gemstone we know as jade is actually two separate minerals, either nephrite or jadeite. Nephrite is probably what you picture when you think of Chinese jade. 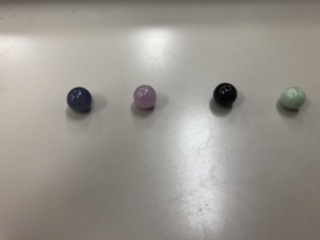 Reading last week’s chapter, with scenes with Minako and the sword, makes the original anime feel really lacking compared the manga. (I don’t recall if Crystal had that scene, either.) Okay, moving forward: 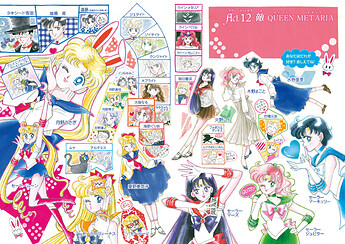 Here’s where the act numbers are getting messy. We have:

Thankfully the shinsouban and kanzenban have no disparities between their Act numbering.

We’re still keeping with the same thread for now, and probably through to the end of the current story arc. Feel free to keep asking any questions you may have from earlier in the series. Be sure to make use of the [spoiler] tags for anything spoilery, as some readers will still be working through earlier Acts. For any spoilery images, [details] works nicely as well.

Tankoubon is nearing the end of volume 3. Volume 4 is upcoming: 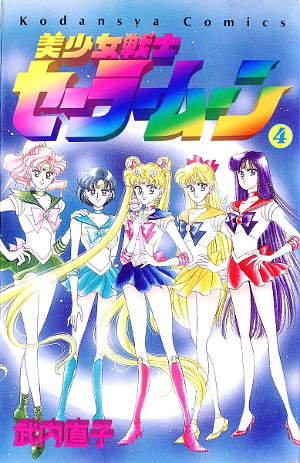 Shinsouban is starting up volume 3: 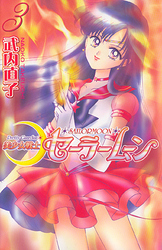 Important: Tankoubon readers, be sure you get the fourth volume soon if you haven’t already!

The second vocabulary sheet covers the second half of the story arc, and tabs for all 7 acts are available in case anyone reading ahead would like to add a vocabulary word or two along the way. (For all who have contributed, thank you very much!)

Anyone who is reading this for the first time, were you reading MetaRia as MetaLia? Same diff really in Japanese, but I’m just surprised they didn’t romanize it with an L.

S.12.15 Interesting use of quotation marks with whatever these little dudes are called 「」.

I read it as Metallia, because we’re talking metals, and in German you/d write that with 2 L.

Nothing chapter-specific, but I just discovered this chapter guide which I will be checking to make sure I get the gist of the chapter!

Finally bought volume 3 of the shinsouban!

Now I can finally keep reading.

My impressions of Act 11:

I didn’t first realize that 美奈 (みな) was a shortening of Sailor Venus’ real name. (美奈子) Was that even revealed earlier and I just missed it? (Thankfully the color pages for the beginning of act 12 clued me in.) First I thought it was a different kanji use for 皆.

Another chapter and I will be back on track (considering act 13 should start today/tomorrow if I remember the schedule right).

General question. When there is a long line before the first words in a speech bubble (or on a new line), what does that mean? When it comes at the end I can see it as either a pause or lengthening of the last word, depending on what feels right. But when it starts with it? Kinda shock?

K p. 210
Does anyone know if the repeated (and stand alone) る in Venus’ spell/memory/involuntary(?) speech is a grammar point or an involuntary sound (that just happen to be る)?

Also, did anyone actually manage to stop reading at the end of act 12? I kept going halfway into act 13. Too suspenseful!

General question. When there is a long line before the first words in a speech bubble (or on a new line), what does that mean?

My initial feel was that there was a pause before speaking, but in some cases that didn’t feel right.

Does anyone know if the repeated (and stand alone) る … is a grammar point or an involuntary sound (that just happen to be る)?

Good catch; I’ll be sure to add it today! 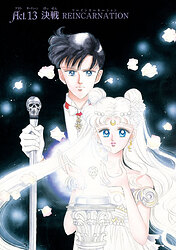 We’re still keeping with the same thread for now, and probably through to the end of the current story arc. Feel free to keep asking any questions you may have from earlier in the series. Be sure to make use of the [spoiler] tags for anything spoilery, as some readers will still be working through earlier Acts. For any spoilery images, [details] works nicely as well.

Note: The tankoubon release labels this as Act 12.

We’re at the final chapter in the tankouban release. Volume 4 is upcoming:

Kanzenban is down to two chapters left, and then it’s time for volume 3: 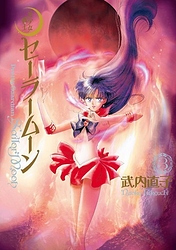 The second vocabulary sheet covers the second half of the story arc, and tabs for all 7 acts are available in case anyone reading ahead would like to add a vocabulary word or two along the way. (For all who have contributed, thank you very much!)

Those are the る I thought you meant, but wanted to make certain. (You’ll see why in the length below.)

Here are the main parts of interest from the page:

It’s classical Japanese, so Venus is quoting ancient dialogue. It’s a copula, so when you see “noun + たる + noun”, I think we’re looking at “noun + である + noun” here (but I could be wrong).

From further down the page (which I quote because the first line on the comic page begins with 「クイーンたる者の」):

This pattern follows nouns, as you would expect, to show that a certain thing is suitable in situations such as having a certain responsibility or when one is outstanding for a certain role. Remember that what follows should show what form, role, or status something should be in to be what X or what たるもの follows.

In this case, I believe とした (as mentioned on the Imabi page) would be a modern stand-in for たる者: “The queen is the one with the Silver Crystal hidden within.” (or another those lines).

As for 秘めたる, this is a combination of 秘める’s stem 秘め + the auxiliary たる. Just as (for example) た is for past tense, and ます is for politeness, たる has its own meaning, similar to な in modern Japanese, where is makes the word into a noun. (Hopefully I understand this correctly!)

Thus, 秘めたる is used as an adjective to describe the crystal.

This sounds to me like you can think of the word before たる as an attribute of the word after: 「クイーンたる者」 would be “someone who is queen” or “queen someone” and 「秘めたる (crystal)」 would be “(crystal) which is hidden” or “hidden (cystal)”.

Wiktionary article on the classical Japanese なり, which has なる as the attributive form: なり - Wiktionary

To put it very simply, the attributive gives an attribute to a noun (similar to an adjective). What comes before なる is the attribute (adjective), and the comes after is the noun having that attribute.

It looks to me like たる and なる are used in a very similar way, so I hope it’s okay for me to think of them as being essentially the same as な. I’m not looking to read and appreciate classical Japanese, after all.

The Kodansha translation for this page sticks a “thou art” into the translation to given it an olden feel.

Looking at your explanation and you not mentioning the extra space before る made me realize that the spacing between hiragana-to-hiragana on that page and kanji-to-kanji/hiragana is different, and that is why the るs seems to stick out so much, because the previous た/な usually had a kanji before it. (Why oh why would kanji to other characters have a smaller space between than hiragana between themselves. Potentially a stylistic choice I guess, I just have no idea what it would signify if it was a choice.)

and you not mentioning the extra space before る

Oops, I forgot that you had mentioned the spacing. (I saw your original post while I was on a work break, and didn’t have time to look at the page and respond, and then forgot.) Yeah, I think it’s just a font spacing thing, and it really does look like it’s separate from the た or な before it.

Just finished the second half of act 13, plus all of act 14 (was it just me or was that a short chapter?).

Don’t have any specific thoughts at the moment. Although in Act 14, レイ’s hair seemed longer close to the end when she was praying (kneeling in front of a fire at her shrine).

Looking forward to what comes in the next story arch. Thankfully Sailor Moon was one of the manga I packed in my suitcases rather than send by package, so I can keep reading as soon as I unpack them. (My packages haven’t arrived yet, but hopefully will in another 1-2 weeks, if the normal time span is in effect.)

I have one hope for the next arch: to get to know more deeply all the characters. I have no idea if that happens, but that is my wish.