我がダークキングダムのジャマを する者 + は
the person who makes (or serves as?) our Dark Kingdom demons (ジャマ)

ジャマ is “hindrance; obstacle; nuisance”. (I learned this one back when I watched Ojamajo Doremi years ago, and it comes up a lot in that anime.) So, the verb する (to do) applies to the object “interference of Dark Kingdom”.

But here I don’t know what 誰であろう exactly means. Is と acting as the particle that defines who is not forgiven? Is あろう the volitional form of ある…?

I’m glad you asked, as this was one of those things that I passed over because I understood the gist of the overall sentence.

According to this N1 grammar page, 「 誰であろうと」 means “whoever”. I’ll want to look into this some more (to find out how exactly it works out to that meaning), but there it is.

Is あろう the volitional form of ある…?

It is indeed. It may or may not be (although I was at first certain it was). See the WordReference Forums link below.

I have no idea what ぼっかり means. 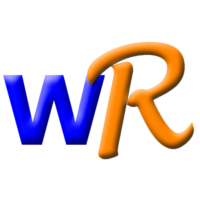 I was watching the J-drama "Boss" and I haven't come across this grammar before: 犯人が誰であろうと、きっと捕まえる。 I know that it means "I/we will surely catch the criminal whoever he is /no matter who he is." However, I don't know the grammar behinds it. Is...

Ah, and here I thought they were talking about “Youma” because jisho and ichimoe gave me some kind of a demon as one of the definitions.

Apart from all that grammar and vocab stuff, I noticed that in the manga, Rei and Usagi don’t seem to be “love rivals”. If I remeber correctly, in that first (old) anime episode with Rei they were both into Tuxedo Mask and continued to fight over him kind of? Gosh, I LOVE that this is not in the manga and I hope it won’t be that way in any future chapters.

If I remeber correctly, in that first (old) anime episode with Rei they were both into Tuxedo Mask and continued to fight over him kind of?

Rei had a lot of changes in the original anime. They had a lot of space to fill as the manga was monthly, and the anime was weekly. Thus, Rei ended up becoming an antagonist to Usagi (always fighting), as well as a love rival (well, it does make for a story arc), and a comic foil (something I’ve heard the voice actress wasn’t a fan of).

Gosh, I LOVE that this is not in the manga and I hope it won’t be that way in any future chapters.

I recall an anime scene with the three of them on a carnival ride, with both girls hanging on to either side of Mamoru, and him looking like, “I want to be anywhere but here.” Yet he doesn’t actually do anything about it. (To that end, I feel Mamoru had some bad character traits given in the original anime nearly as much as Rei did.)

and I hope it won’t be that way in any future chapters.

Maybe spoilers, but I don’t say anything plot related just talk about the pacing lol

For good or bad, the manga is extremely fast paced, so there’s very little room to explore more “slice of life” elements and have some interpersonal drama so no need to worry for that

Some thoughts I had as I read through Act.3: 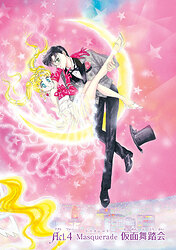 We’re keeping with the same thread for now. Feel free to keep asking any questions you may have in Act.1 through Act.3. Be sure to make use of the [spoiler] tags for anything spoilery, as some readers will still be working through earlier Acts. For any spoilery images, [details] works nicely as well.

A tab for adding Act.4 vocabulary is now available.

So, it’s really funny that I somehow remember the events from watching the show during my childhood. I actually didn’t remember the actual plot, but I did remember the bal, and then the kiss!

It’s funny, I remember being super excited and emotional about it (I would have streamed some ohmahgods if I was speaking English at the time), but seeing it now I’m more like yikes, non consensual kiss on a passed out drunk person. Adulthood breaks everything.

Also, I remember being shocked at the reveal that he might be actually an enemy. and I’m going to leave it at that.

Even worse considering anime-Mamoru was aged up to college (why???)

It’s funny, I remember being super excited and emotional about it (I would have streamed some ohmahgods if I was speaking English at the time), but seeing it now I’m more like

Same. If I wasn’t so emotional and feeling so nostalgic about this series because it was a big part of my childhood… I maybe would have dropped it by now, I guess.

Apart from that, I’m wondering what let to Luna knowing that Mamoru is Tuxedo Mask…? The situation in the bus in the last arc seemed to me as if only Mamoru has started wondering about Usagi being Sailor Moon but I didn’t notice Luna suspecting anything.

Page 134
目印は？
I think I get what Rei is saying before that, but even after looking up 目印 on Jisho, I don’t get what she’s saying here.

Not really, being ridiculous does, though

cause older guys are cooler

Not really, being ridiculous does, though

The situation was a bit over the top, but I wouldn’t call it ridiculous

It’s on par with the rest of the manga at least.
It’s just one of those things that didn’t age well. 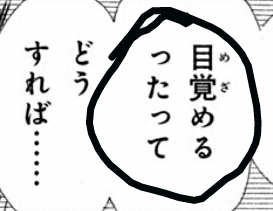 I was only just yesterday talking about ったって in another thread. (Hi, @marcusp!) It’s one of those things I see, think “I’ve never seen this before”, look up, and then say “Oh yeah, it’s that thing I’ve looked up several times these past few months.” I don’t recognize it well enough to think 「ったって = ても」, but I caught it this time because I was just yesterday talking about it in another thread.

And after looking it up in my copy of “Dictionary of Basic Japanese Grammar” yesterday, I packed away all my books (moving this weekend), and I wish I had it unpacked. Which box did I put it in…?

From Weblio on たって, I get that た is the past/perfect tense auxiliary verb with the particle とて attached to it.

Stepping over to imabi for a moment:

Back to Weblio, it states that when attached to the plain/dictionary form of a verb, it has the meaning of 「…といっても」「…としても」, and represents a strong contradiction. In this case, Weblio says, it’s the same as 「ったって」.

Thus I take Rei’s line to be along the l lines of “You say awaken, but how do we…”

Hopefully I have that one right!

(I still feel like I don’t grasp it very well.)

Wow, Christopher, you are like a determined detective in a drama on TV, relentlessly hunting down your (linguistic) prey, analysing all the evidence, and nailing it! And, lucky for us, you share your findings too! Thank you! (And good luck with your move this weekend… we are doing ours at the end of the month!)

Page 134
目印 は？
I think I get what Rei is saying before that, but even after looking up 目印 on Jisho, I don’t get what she’s saying here.

The way I read it, which is only from the Jisho translation would be something along the lines of asking for a landmark, sign, approx. location, direction. Something along those lines. Not a precise translation, and certainly there is a more exact meaning to what she is saying, but I felt like I understood enough and moved on. Maybe someone else knows better?

Random comment, I got new glasses and holy shit is it easier to read!

ホラ I feel I’ve seen this word a couple of times now and I’m not sure I have a good grasp on what it is doing in a sentence. I feel it’s like an emphasizing word like 'hey! look! no really! but I’m not super sure?

(K.4.133) Usagi says: 一番頼りないんだから (I’m not sure what this means in this context）I read the line before it as we must find the leader のに ??

I think depending on context, ホラ/ほら can mean different things but yes, what you said basically. Also see jisho.

Wow how did I get the page number so wrong. Its 141?
Heres a screencap

I don’t think these are Usagi’s thoughts but instead Luna’s (you might want to take a look at the page before). Luna is explaining stuff and I think continues with only her thoughts on Usagi in the cap you posted (starting with “toku ni usagi-chan” on the page before).

Does it make sense now?